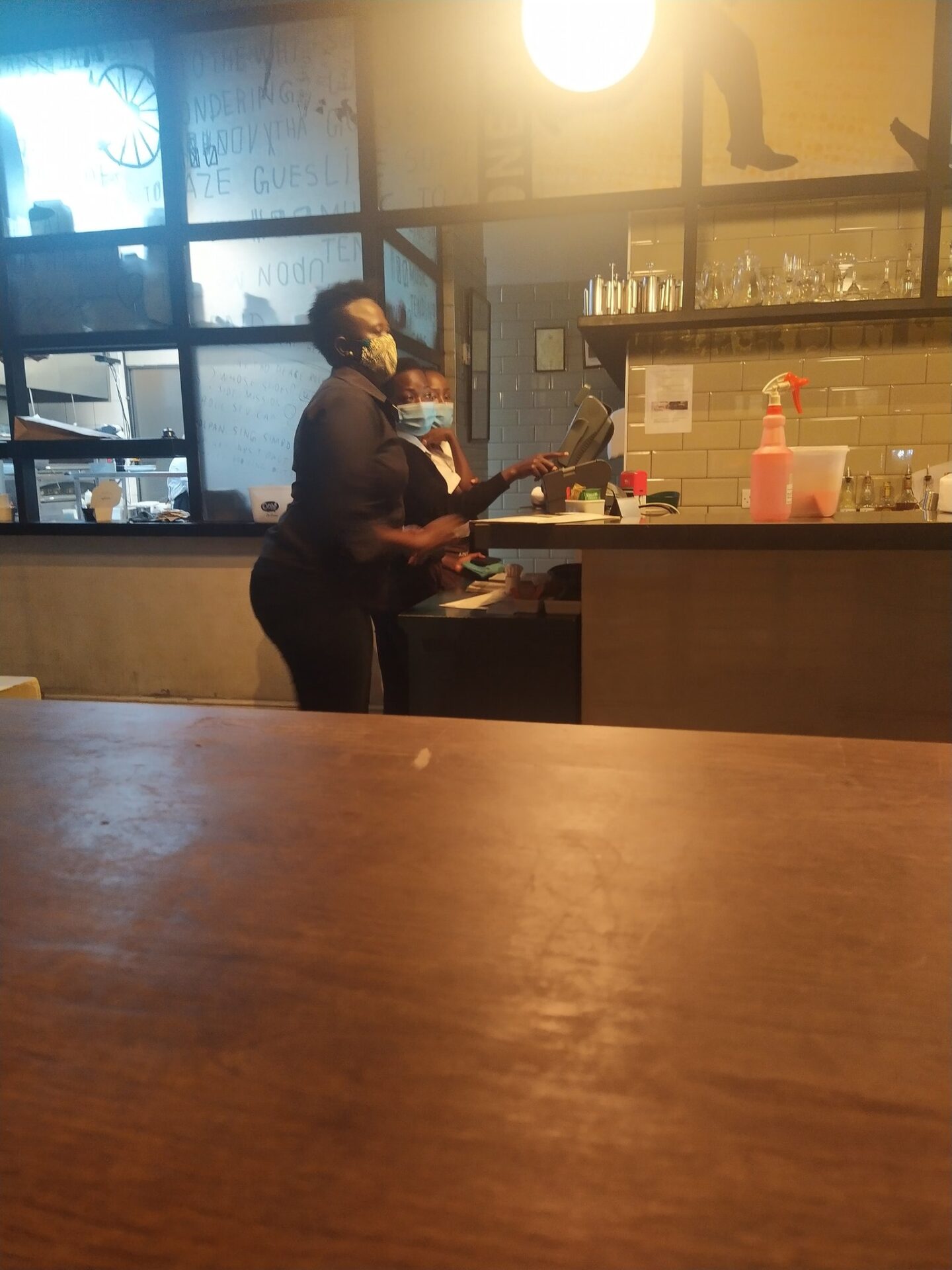 CAPTION: Artcaffe Lavington Branch Manager Jane Amonje as captured by a Twitter user who claimed to have witnessed her publicly harass a waitress on Thursday, November 26

Popular Nairobi uptown restaurant chain Artcaffe once again found itself on the receiving end from angry netizens after a customer took to social media to expose an incident perceived to be a case of employee harassment.

The user only identified as “Paushinski” from his ten-year-old Twitter account which holds a draws quite a reasonable following sparked the uproar after he shared out a post claiming he had witnessed a senior Artcaffe superintendent publicly humiliating a waitress on the floor at one of the institution’s branches within the city.

According to the self-professed witness, patrons were left in disbelief after Artcaffe Lavington Branch Manager Jane Amonje shouted her lungs out at the waitress since identified as Beatrice, calling her “stupid” multiple after she apparently messed up an order.

“Must be the worst experience for her. Hakuna dignity pale,” he wrote on the now viral tweet. 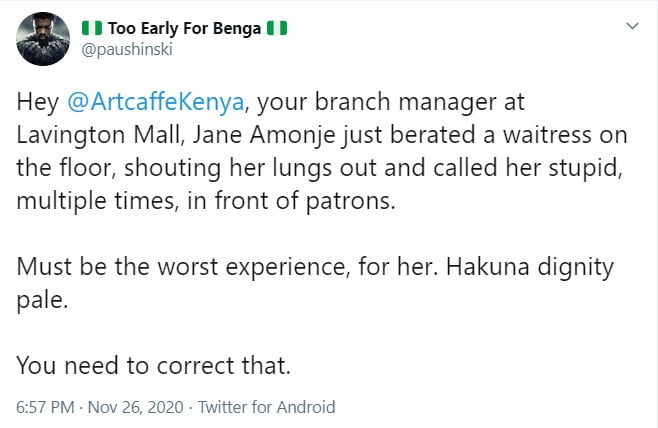 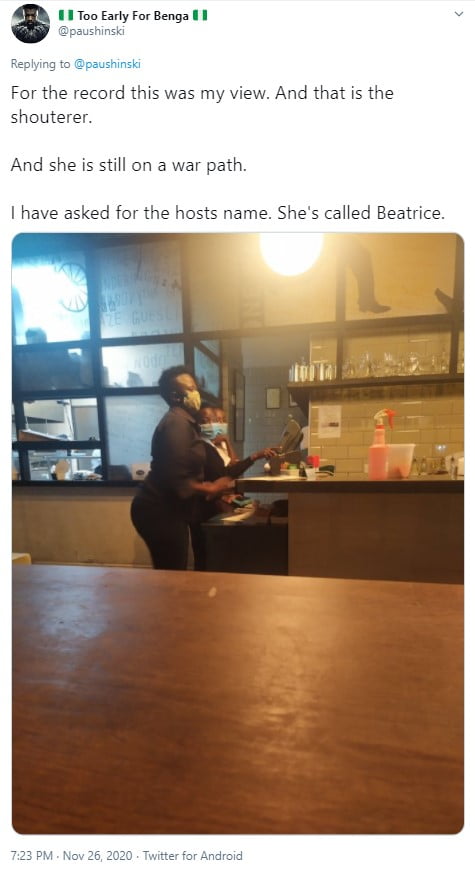 Paushinski’s thread of tweets was met with immediate anger from other social media users who condemned the rogue treatment of the waitress, with some demanding that the coffee joint take immediate action on the branch manager Ms. Jane Amonje.

“Artcaffe these days trends for wrong reasons. Last time ilikuwa kulipa na exposure. Sahii ni harassment ya employees. Sasa what about what is never told pale. I would be curious to know…” Bravin Yuri, a popular Twitter user, wrote.

“Start by training the floor managers, shouting at staff is unacceptable,” noted another unhappy Kenyan.

Among the responses, some took the chance to spill even more beans on the institution’s poor choice of administrators.

After a long night of reactions and complaints, Artcaffe finally broke their silence over the incident on Friday morning when through a reply to Paushinski’s post, the restaurant chain promised to look into the matter “immediately”.

For those who keep up the tabs with local news, Artcaffe restaurant is not very new to trending over negative headlines.

In August this year, they incurred the wrath of Kenyans on social media after they invited entries to an art competition in which the winners would only be paid with free coffee and exposure of their artistic work on takeaway coffee cups, and not any form of monetary reward.

As their excuse, the restaurant claimed that the contest was only meant to enable Kenyan creatives to showcase their artwork and not necessarily to earn from it.

Most recently, the management once again had to fight off food poisoning rumours after popular Kenyan blogger-cum-YouTuber Edgar Obare revealed how he fell unconscious and had to spend the night at a hospital after having a meal at an Artcaffe branch along Mombasa Road.