The Building Bridges Initiative (BBI) task force hinted on Monday it will be updating Kenyans on the progress the report ahead of the June 30 deadline.

Politicians backing the BBI have created a mood for possible constitutional amendments that may lead to the referendum being held in November. 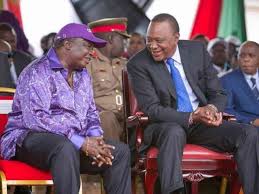 Reliable sources reveal that President has been advised that a referendum help after this year may kick start the 2022 campaigns.

ODM leader Raila his on record saying that the country will hold a referendum by year’s end. President Kenyatta also suggested on Madaraka Day that he would desire to oversee constitutional changes before his term expires.

“Ten years later, I am already discerning a constitutional moment. Not a moment to replace the 2010 Constitution but one to improve it. A moment that will right what we got wrong in 2010,” President Kenyatta said on June 1.

COTU boss Francis Atwoli is another proponent of the BBI drive has also hinted that the referendum will be held before crossing into 2021.

President Kenyatta and Raila visited the BBI secretariat offices in Nairobi’s Runda Estate last week where they were briefed on the progress. 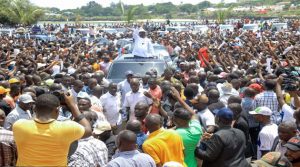 The team is said to have retained the initial proposal of a non-executive prime minister which is a bone of contention between Uhuru-Raila and Ruto political outfits.

The initial report  unveiled in November last year recommended the return of the position.

Central/ Mt Kenya region is opposed to the proposed change of governance system from the current pure presidential to a parliamentary system.
The region argues that they may not ‘see power’ again in an arrangement where the majority of Mps will sit and pick a Prime Minister.

Hon. Kioni said the bill which aims to remove hurdles facing the possibility of a referendum, is at the moment undergoing public participation.

The BBI team was constituted by Uhuru and Raila after the 9th March 2018 handshake and was tasked to address  a nine-point agenda of issues including ethnic antagonism & competition, divisive elections, shared prosperity, inclusivity, responsibilities and rights, safety and security, devolution, lack of a national ethos and corruption.