The Directorate of Public Prosecutions has said that Chris Obure was close to Kevin Omwenga’s house on the night he was fatally shot and therefore should plead to the murder charge.

On monday Obure challenged the murder as he wanted to turn into a state witness. He argued that he had cooperated with the detectives as he allowed them to access his office where a CCTV footage showing his bodyguard Robert Ouko Bodo breaking in and stealing the Obure’s firearm from it’s safe.

The two are the main suspects in the case.

The state has maintained that Obure must remain a suspect because he was present when Omwenga was shot and killed.

“The investigations revealed that Obure was placed within the vicinity of the scene of the incident on the night of August 21 at the time of the shooting. This is despite him giving the police contradicting information as to his whereabouts,” reads the affidavit.

DPP has opposed Obure’s application to have the murder charges dropped, saying they have evidence to charge Obure.

Wanjiku Gichuhi, a state counsel said the DPP made the decision to charge them with murder after reviewing the contents of the file and the sufficiency of the evidence on record.

The state dismissed the CCTV footage that Obure submitted to the investigating agents claiming they had been tampered with and it is still undergoing forensic analysis to determine whether its fake or not.

“The CCTV footage submitted to the investigators by Obure had been tampered with and the same is still undergoing forensic analysis to establish its authenticity,” the affidavit reads. 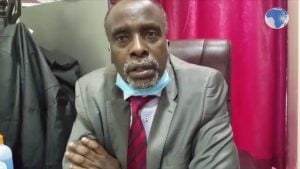 Obure’s lawyer, Danstan Omari, has refuted the claims that his client was near the murder scene. He added that DPP and DCI did not secure his client’s office when firearm was taken from.

Omari argued that the DPP erred in charging Obure for murder instead of making him a witness.

Bodo on the other hand said he took the gun and gave it to Omwenga but it went off accidentally when Omwenga handed it to him.

His lawyers told the court that Obure’s application was throwing their client under the bus. They argued that the application convicts their client and infringes on his rights of response to the allegations.