Last month, this blog published how Mr. Singh took the hot and well-endowed lass to the World Rally Championship (WRC) Safari Rally in Naivasha, and how the trip sparked an uproar at the vehicle distributor – where she has been turning heads as she enjoys perpetual favors from the boss to the great displeasure of her colleagues who feel less appreciated.

Well, the viral story appears to have inspired the estranged wife of a former top Law Society of Kenya (LSK) official who has come forward to unmask her cheating husband’s young and mellow mistress.

Apparently, the side chick, who is an ex-intern at the lawyer’s office, has been sharing photos from their various road trips all over her social media pages.

The woman says she began monitoring her husband’s movements after she discovered a tumbler inside one of his cars.

As she later came to find out, that specific weekend, the lawyer had traveled with the mistress to his hometown in Kisii County.

She plastered her Facebook wall with photos from the Ufanisi Hotel, where they spent multiple nights together.

I saw your post on the CFAO Motors boss taking the mistress to Naivasha.

These women have no shame and they don’t care.

I found out about my husband’s affair with his ex-intern from her posts on Facebook.

End of December, he traveled to his home in Kisii.

This lady had the audacity to post about a road trip she was going.

My husband has a tumbler in his car.

She posted with it, and went to Ufanisi hotel in Kisii posted at the hotel. 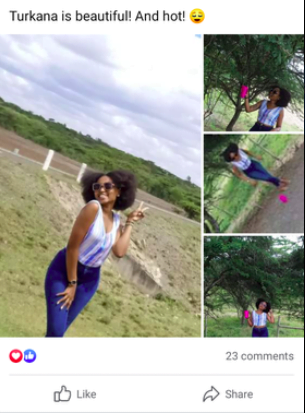 What a coincidence they were in the same town on the same dates.

All this I saw later on.

But I am just wondering why would you do evil and post?

Because she has many followers on FB.

Is it to entice people?

As for this son of a man.

I am still dealing with him the best way I know how.

He was an LSK official,” the source wrote to us.