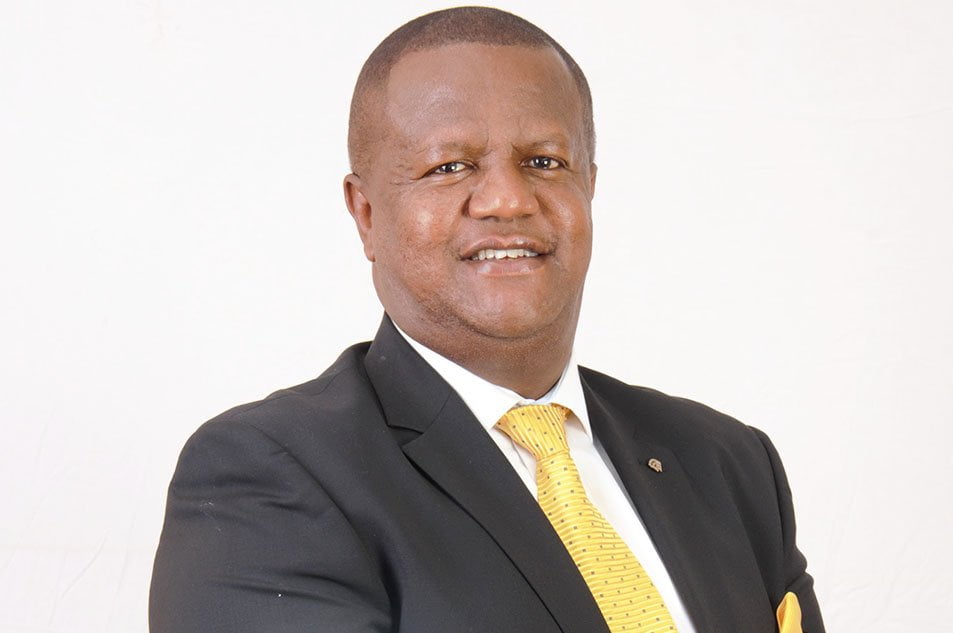 This is a story that has received some amount of mainstream media coverage; however, cnyakundi.com would like to highlight some of the issues that have not been given.

Here is the story

Alice Wanjiru Wamwea approached Faulu Bank for financing her construction projects in 2013, 2014 and 2015. She started with Kshs. 2 million, 25 million and 50 million. The security of her loans is her multimillion property in Huruma Nairobi.

Being the good customer, she was to Faulu her access to finance was smooth until some bank officials crafted a scheme when she got the Kshs. 50 million loan. Her problems started when she was first denied her own loan statement.

When Faulu Bank refused to give her the statement, being a seasoned business lady, she knew something was not right and rushed to Cooperative bank and borrowed Kshs. 64 million which she got an offer letter. On taking the offer letter to Faulu, they corrupted the security transfer process to Cooperative Bank and listed her in Credit Reference Bureau (CRB), in a bid to deny her a chance to ever get any loan; this particular one was geared towards her not getting the Cooperative Bank financing.

She got more interested to know what could be the problem and engaged auditors to look into the loans she had taken at Faulu Bank. The auditors discovered that out of her Kshs. 1.2 million monthly repayment only Kshs. 200K would get into her loan account; Kshs. 1 million would disappear every month.

Despite the bank officials having mismanaged her monthly installments they went further to obtain a loan of Kshs. 7 million with her account.

The matter has been dealt with by the Banking Fraud Investigation Unit (BFIU) with no success and no bank statement has been issued to date.

The matter has also been dealt with by the Directorate of Criminal Investigations (DCI) and office of the Director of Public Prosecutions (DPP) who have found the bank officials, auctioneers and the property buyer to have colluded to defraud the widow and are currently being prosecuted in court with a criminal offense.

the three bank officials, Paul Mwangi Njuki, Peter Kefa Onsongo and Amos Mugweru Mwangi have appeared before a competent court of law and denied the charges. However something fishy happened here and the three bankers know something.

What was done to her is criminal and may she get justice. 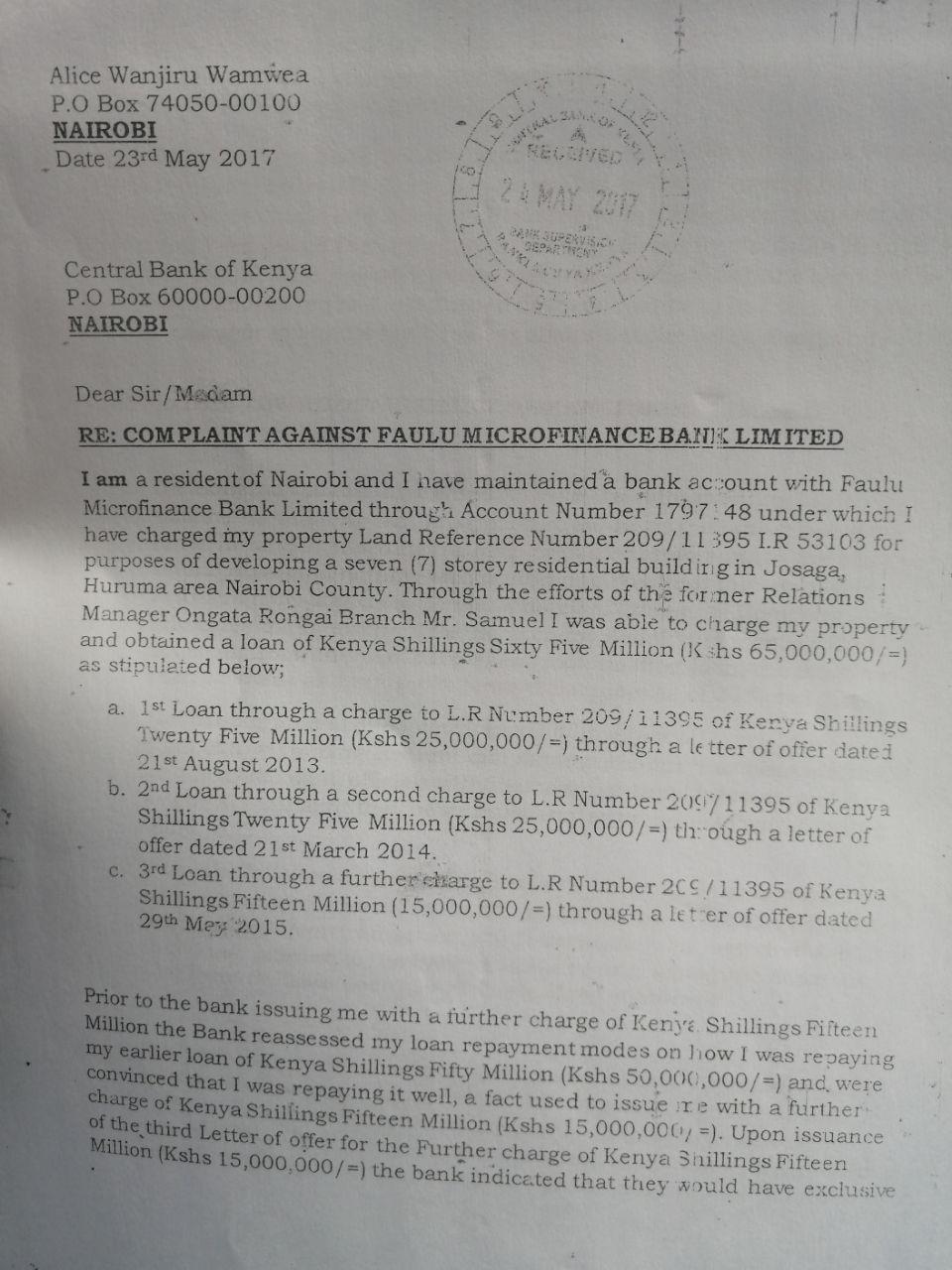 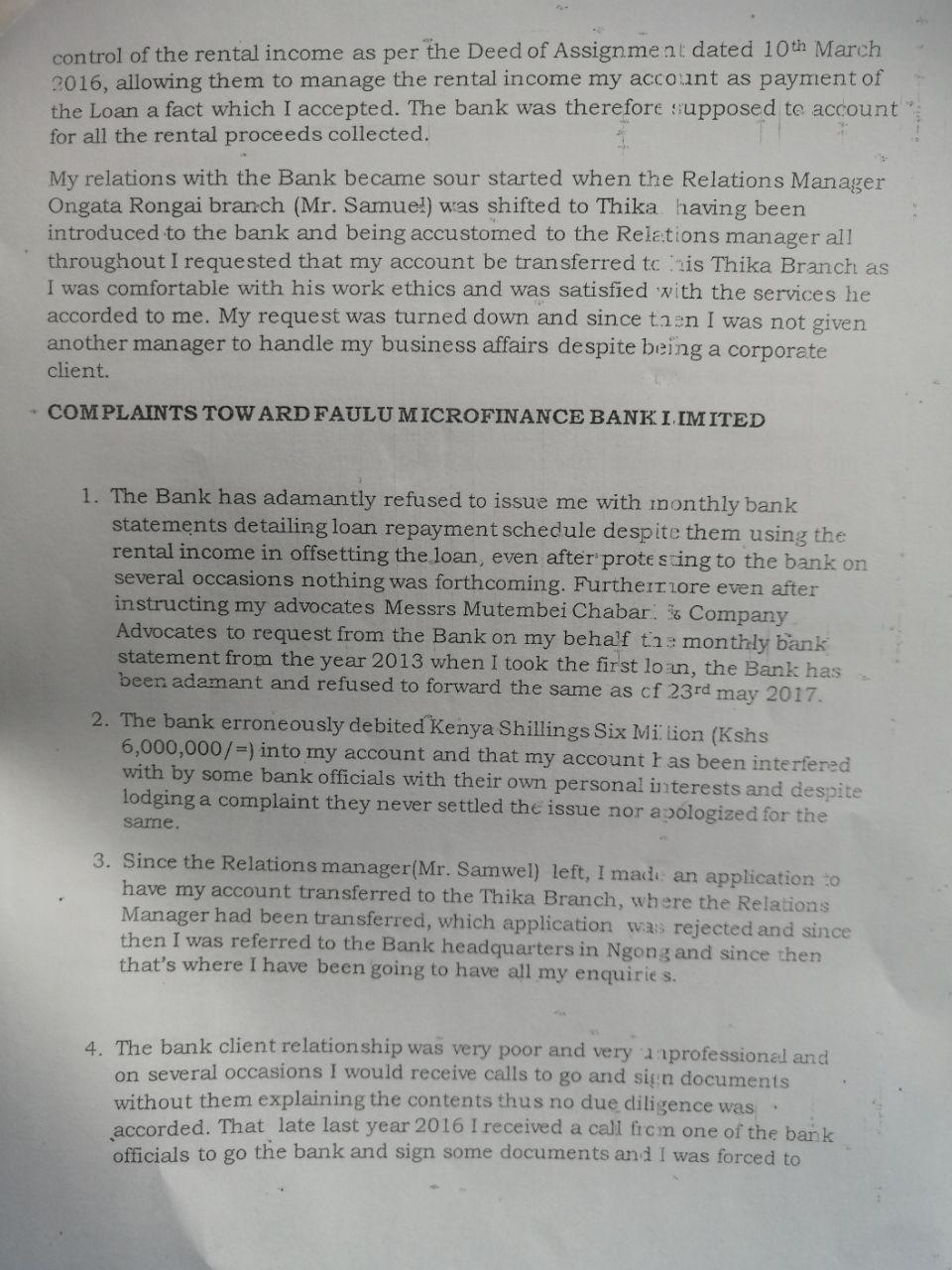 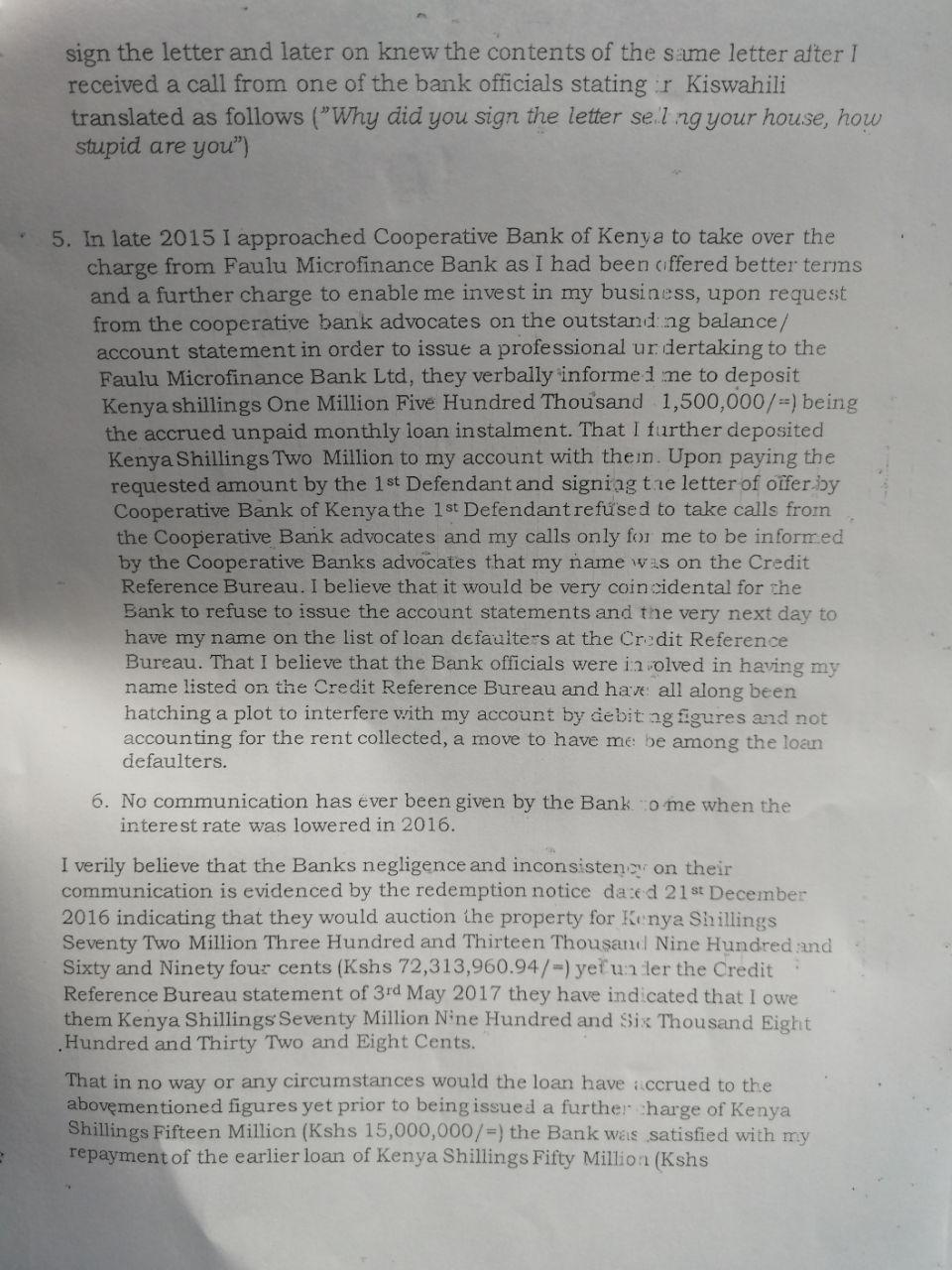 Letter to the Central Bank of Kenya 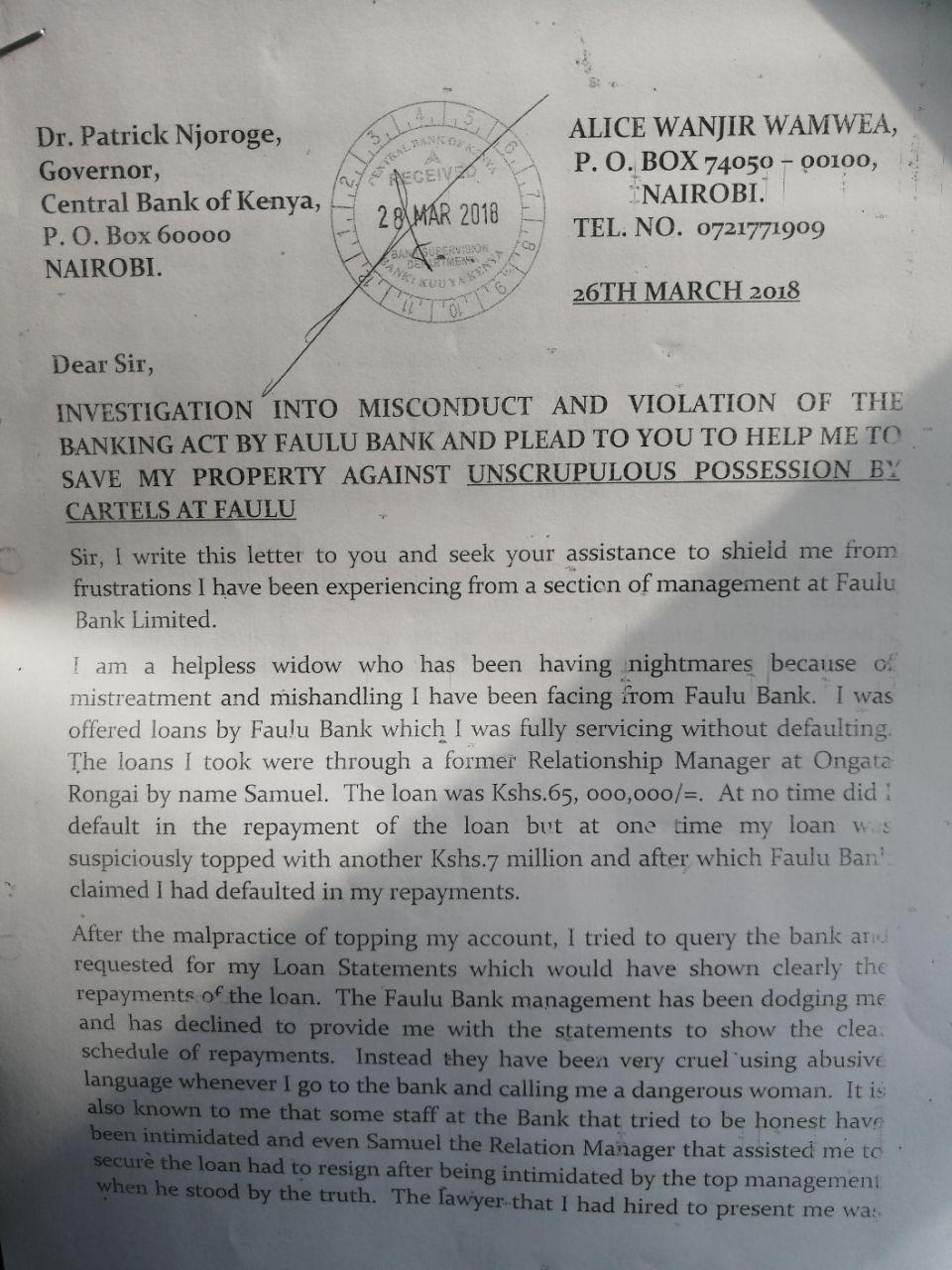 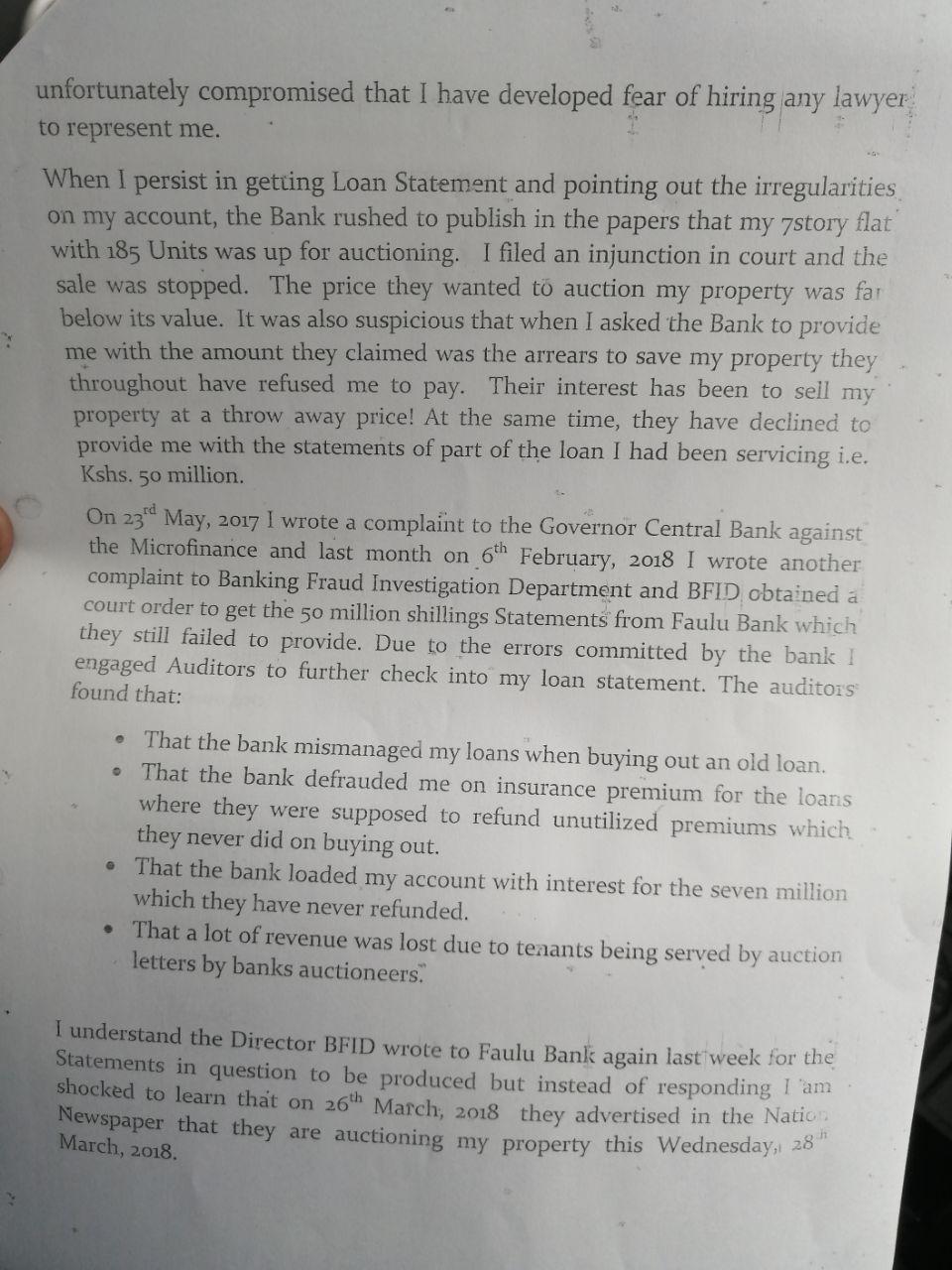 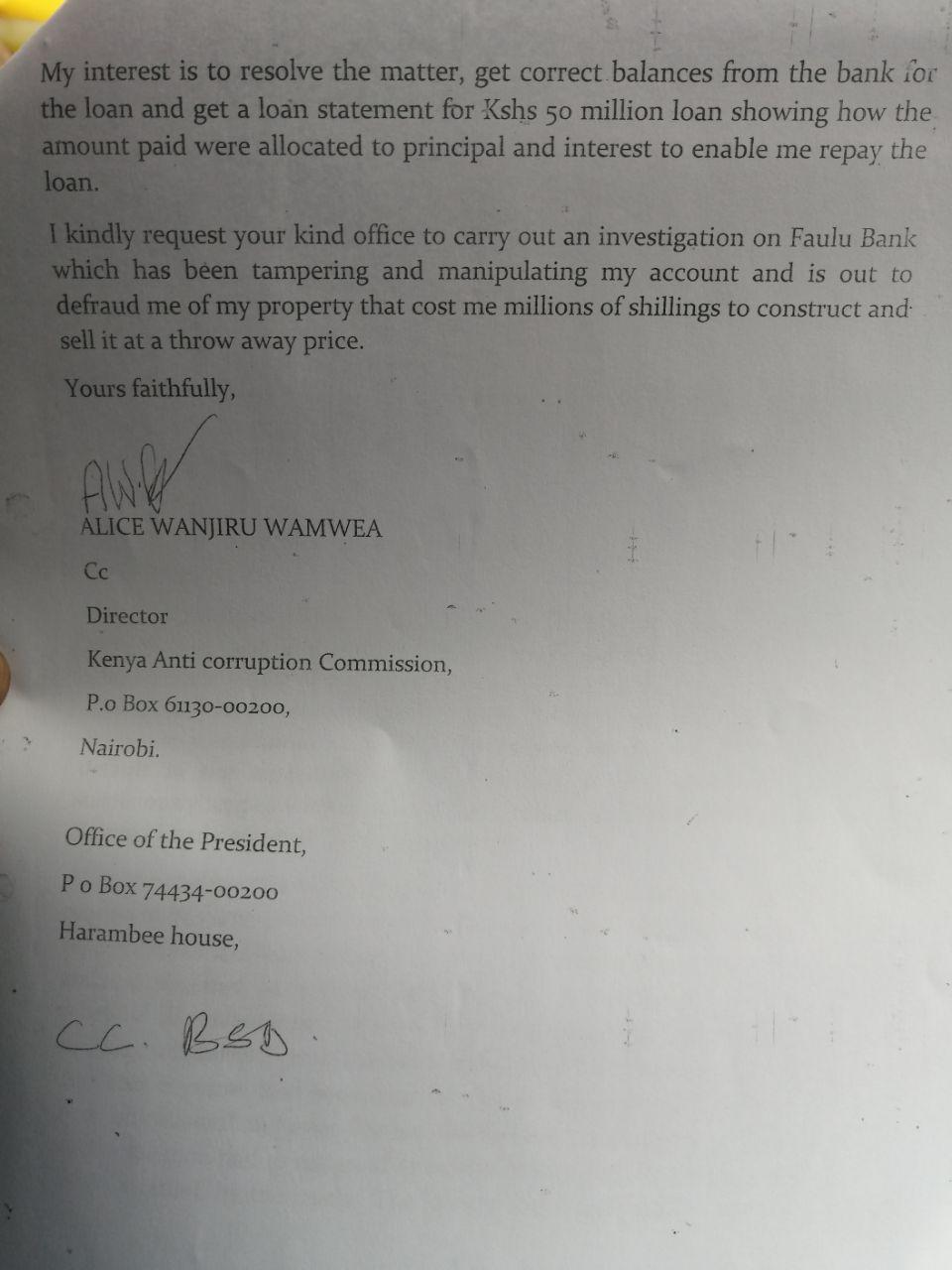 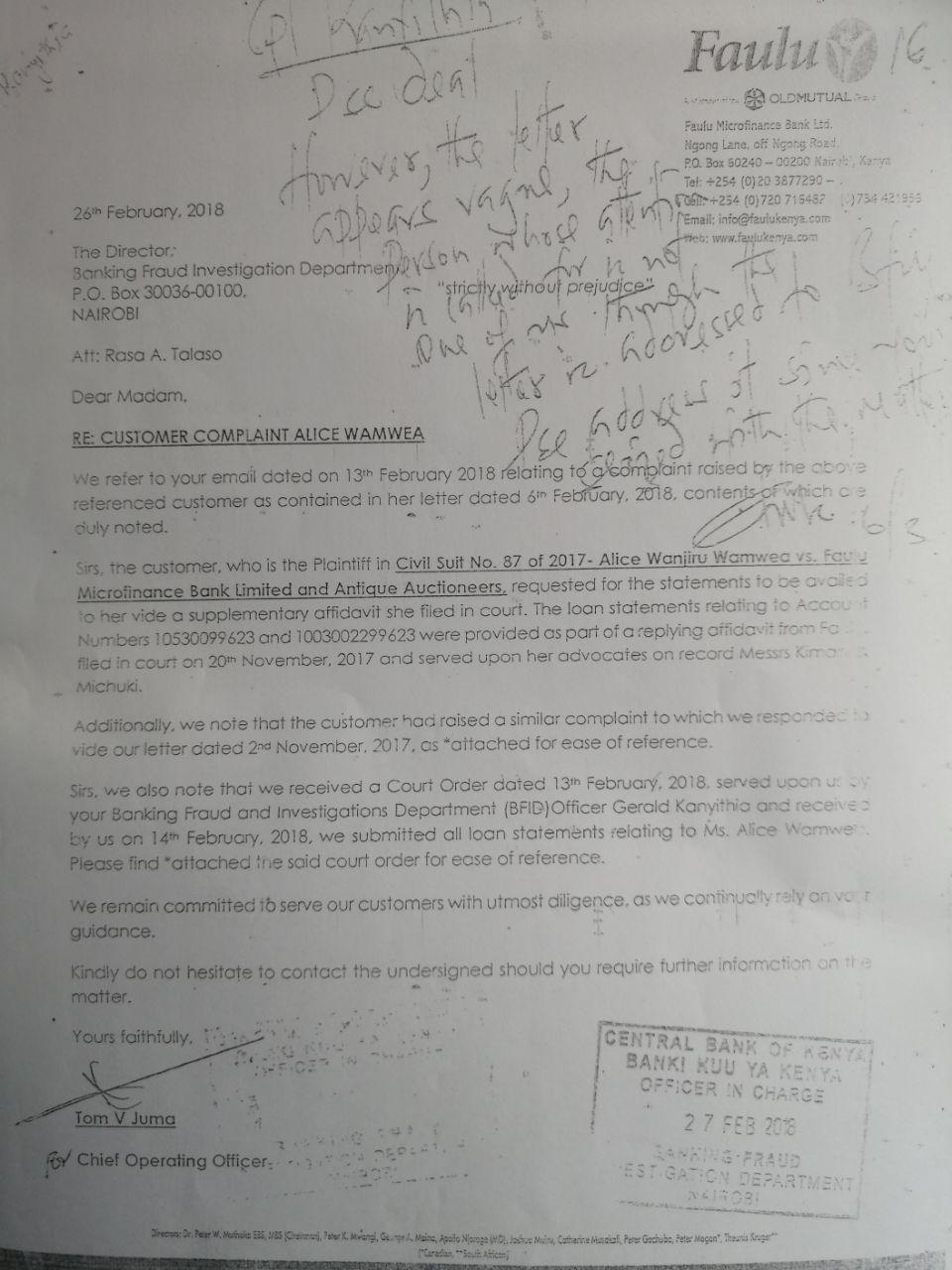