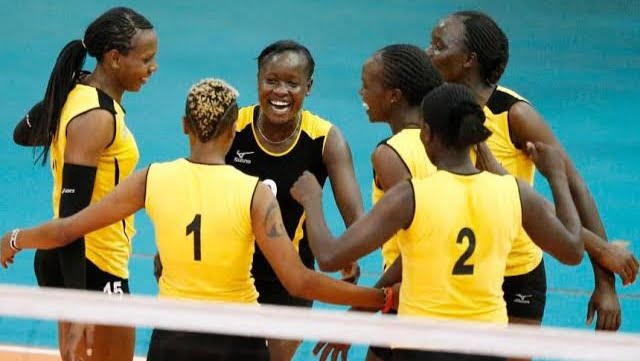 The Kenyan government has this afternoon officially ordered the immediate repatriation of the Kenya Prisons women volleyball team that has been stuck in Cairo, Egypt over the lack of funds.

In the statement issued by the Ministry of Interior and Coordination of National Government, the team has been accused of “sneaking out” of the country without clearance from relevant departments.

The team was eliminated in the preliminary stages of the Women’s African Volleyball Clubs Championship on Wednesday but was set to participate in playoffs.

“The State Department for Correctional Services neither cleared nor financed the team’s travel to Cairo and was surprised to learn of its presence outside the country. Given the breach of protocol and the contravention of rules regarding public servants’ travel overseas, the government has immediately organized their repatriation tonight. Whilst the government acknowledges and supports sports as one of the many sources of national pride, we regret this turn of events, which has caused the people of Kenya undue embarassment.” said the State Department for Correctional Services Principal Secretary, Zeinab Hussein.

The current Kenyan champions’ travel to Cairo was marred by travel glitches and they only flew off a day before the annual tournament kicked off, blaming the ministry for failing to release funds in time.