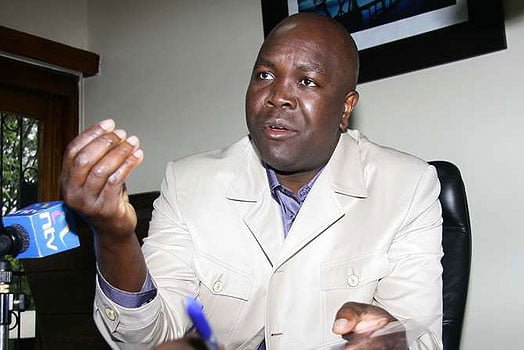 It is five (5) days to election day, and supporters from both leading coalitions are ready to cling to any hope that their most preferred candidate will carry the day on Tuesday, August 9th 2022.

Over the past few days, a section of netizens affiliated with the Azimio La Umoja faction has been bubbling with excitement following the re-appearance of a 7-year-old Twitter post by slain controversial businessman Jacob Juma.

“Can you imagine the team of Raila Odinga, Martha Karua as President and deputy president respectively? Where will these corrupt gangsters hide?” the late Juma wrote on December 8, 2015.

Can you imagine the team of @RailaOdinga @MarthaKarua as President and deputy pres. respectively. Where will these corrupt gangsters hide?

The slain whistleblower has been hailed as a fortuneteller after several statements came to pass, some months after his death.

Mr Juma famously predicted his death, associating senior Jubilee officials with being obsessed with his death.

He also made a prediction on the fate of IEBC commissioners and, his prognosis of Donald Trump winning the US presidential election also came to pass.

It is for this reason that many Azimio supporters have a firm belief that the latest Juma tweet to be unearthed might somehow be an indicator of how the tides will turn next Tuesday.

Below is what some of them had to say.

Now it's coming to pass …this dude was like a prophet https://t.co/g9u3N609Rq

JACOB JUMA foresaw a BABA and MARTHA winning ticket back in 2015.

All Luyhas will Vote for Raila Odinga.

Is dude tweeting from beyond the grave then backdating the tweets? Coz his predictions are so uncanny. https://t.co/QNuk1B5WLo

This man though…this man.
I think he's a prophet not a political commentator…the kind we see giving us fake punditry https://t.co/Buui8SkWpd

7years ago
He saw this coming? https://t.co/wzGFfvTxpA

What did this man not know?! https://t.co/wtqeidTdG2