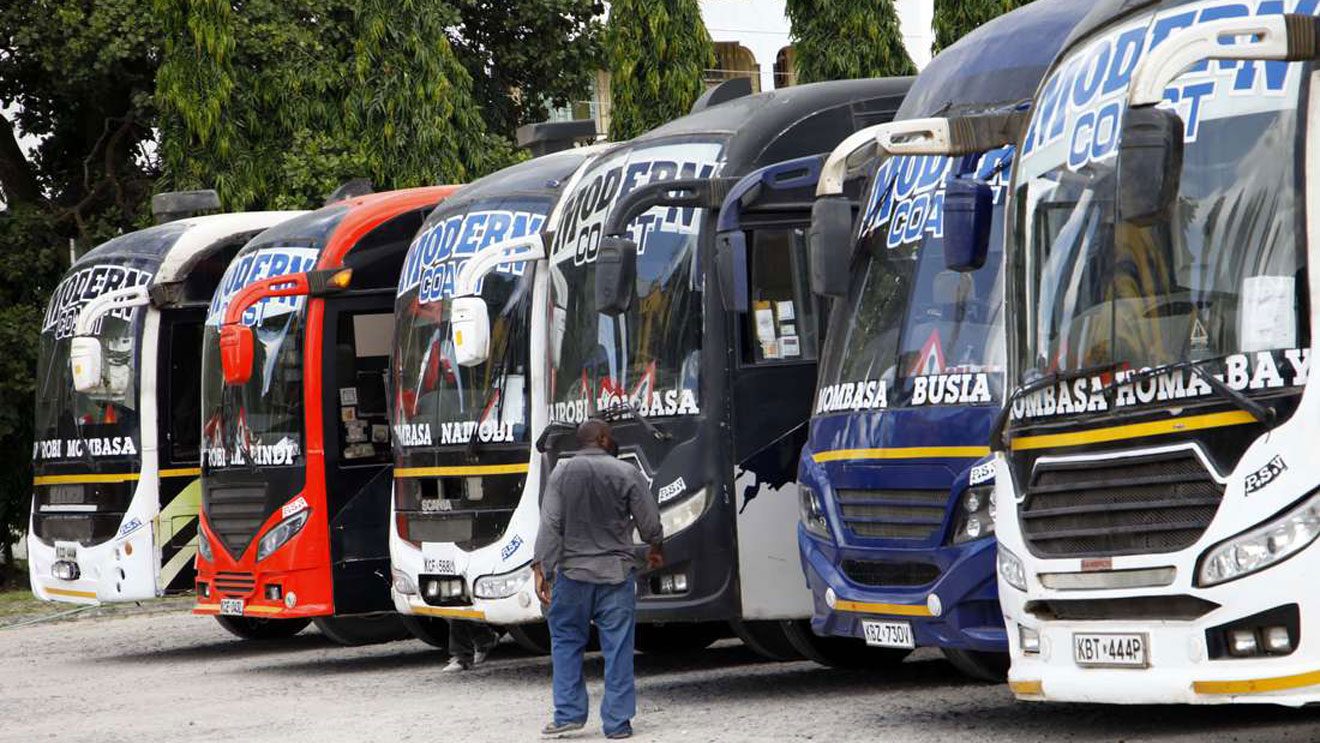 PHOTO CAPTION: Modern Coast Buses at the NTSA inspectorate unit in Miritini after they were suspended from operation in this picture taken on December 14, 2019.

Last month, the National Transport and Safety Authority (NTSA) suspended the licence of Modern Coast bus company after a vehicle registered under the company’s fleet name was involved in a tragic accident at the infamous Nithi blackspot that claimed the lives of 33.

In a statement, NTSA Director General John Njau confirmed that the order affected all their 31 buses, pending an indefinite multi-agency investigation to unearth the cause of the accident.

Two weeks later, reports have now emerged that the Modern Coast management is yet to refund its clients who had booked tickets to travel on their various routes including; Mombasa, Nairobi, Malaba, Kisumu, Mumias and Kampala.

Efforts to reach out to their customer service have proven futile, with all calls to the company going unanswered.

Such a client is Ibra from Eldoret.

He is just a hustler who had planned to travel on 28th July and up to date hawachukui simu,” the source writes.

The accident that occurred on Sunday, July 25, near Nithi Bridge, along Chogoria-Chuka road, involved their bus of Scania model registration number KCF 614U.

The bus was from Meru heading to Chuka.

It was the latest in a series of accidents involving busses associated with the company.

An analysis into the bus company’s accident history shows that least 76 people, who travelled using Modern Coast bus since 2017, have died in separate road accidents.

Besides the tens of deaths in the last five years, more than 100 Modern Coast travellers have been left with injuries, with some of them sustaining permanent paralysis.

Following the Nithi Bridge tragedy, NTSA officials said the increasing incidents were a cause for concern, describing the accidents as near-fatal occurrences.

Just days earlier, another Modern Coast bus was involved in another accident with a Tahmeed bus in the same area.

In 2019, NTSA revoked another previous suspension of the company’s activities.

The firm’s licence had been terminated eight days ago after its two buses were involved in an accident, killing seven and injuring 62 people.