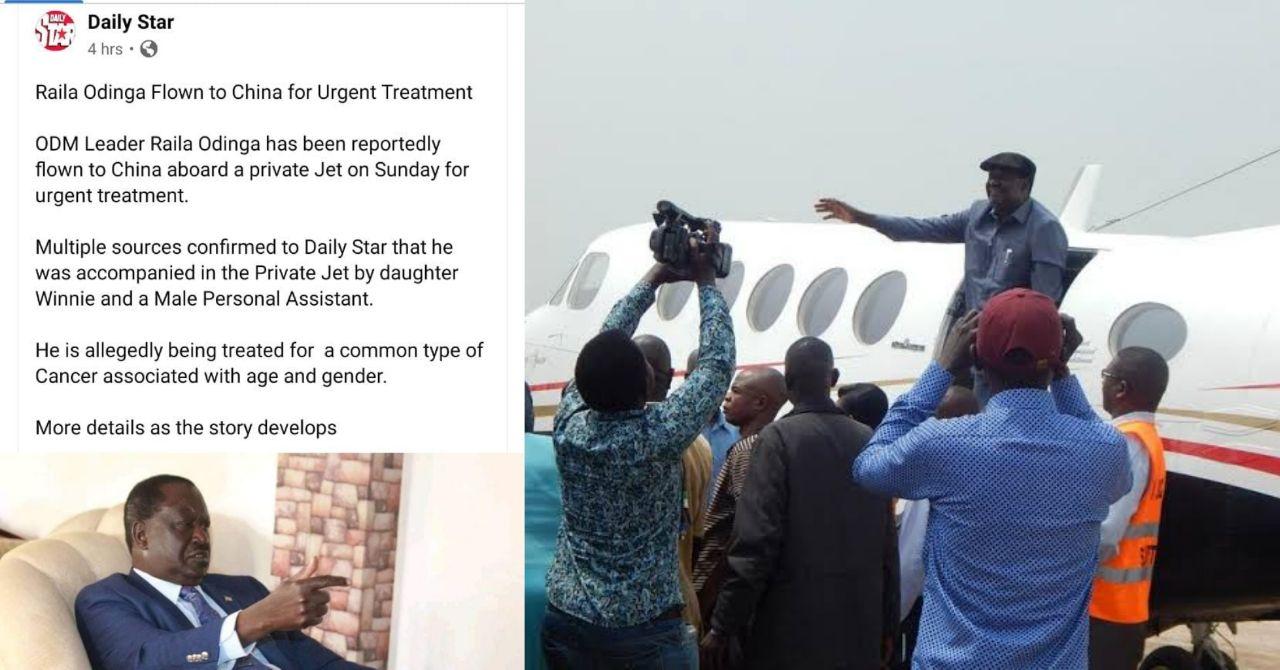 Though the ODM Party has rubbished information that their party leader Raila Odinga urgently left Kenya on a ‘non-business’ trip, cnyakundi.com has got some new information.

According to a source who spoke on condition of anonymity, Raila Odinga flew out of Kenya abruptly aboard a plane P5Y-PAA at around 11:45 pm.

Although the information is scanty on what made the ODM leader leave Kenya, the sources say he was accompanied by his daughter Rosemary Odinga.

Other sources say that he has been taken to China for treatment through the Democratic Republic of Congo (DRC), Kinshasa.

ODM Communications Director Philip Etale states that his boss has gone to DRC Congo in his capacity as the African Union Envoy for the virtual Pan African Conference on the Grand Inga Dam.

“‪Ignore the fake news. It is the work of sick people who have run out of ideas. Hon. Raila Odinga is currently in Kinshasa, DRC in his capacity as the AU High Representative for Infrastructure Development in Africa for the virtual Pan African Conference on the Grand Inga Dam.” he stated. 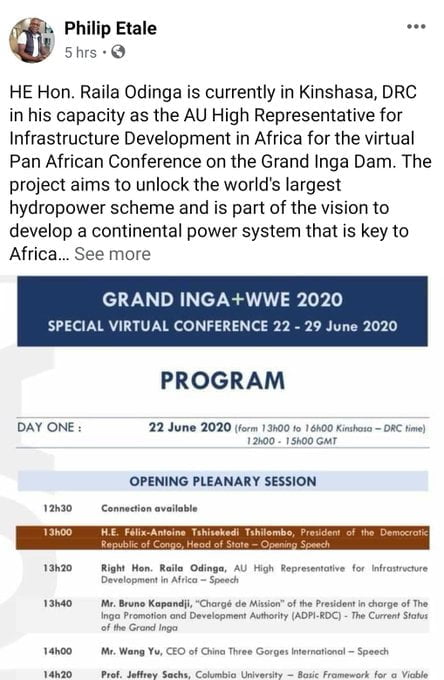 This has since been countered by people who have been giving correct predictions online over the past few weeks. Former State House Digital media director Dennis Ole Itumbi says that it is Ambassador Elkanah Odembo and other representatives are the ones who went to the Dam’s conference.

“Ukiona watu wa ofisi ya Raila Odinga tell them, to either keep quiet or tell us the Truth. Raila has sent Ambassador Elkanah Odembo and a few other representatives to the Special Virtual Pan-African Conference on the Grand Inga Dam”, Itumbi wrote.

This time of COVID-19 when there are restrictions on flights, we are wondering how one can just fly out abruptly.