The prominent, flamboyant, mixed-race quantity-surveyor slush rugby official Sasha Mutai is a man under siege. He is now a victim of his own success, and his constant media appearances have made him a target.

In a city of low achievers and endemic self-esteem issues, Sasha Mutai would pass off as a brag who likes the finer things in life. Exposing himself on the mainstream media may have come at a cost, with many angling for a piece of him.

Of course being in a perpetual state of mid-life crisis, marauding women will always be at his beck and call, each aspiring to be about that life; fast cars, holidays abroad and suburban living.

Reason why we advise men to keep their circles tight, especially with female interactions. Many females in Nairobi are double-agents, planted by different forces for various reasons. Some could be by competitors, others by intelligence services, and the likes.

A lady who the name of Diana Okello has been going H.A.M on Sasha Mutai. Literally even posting a naked photo of him on her Instagram page. She then goes ahead to dispute his flashy status and high-life image created due to his numerous interviews. 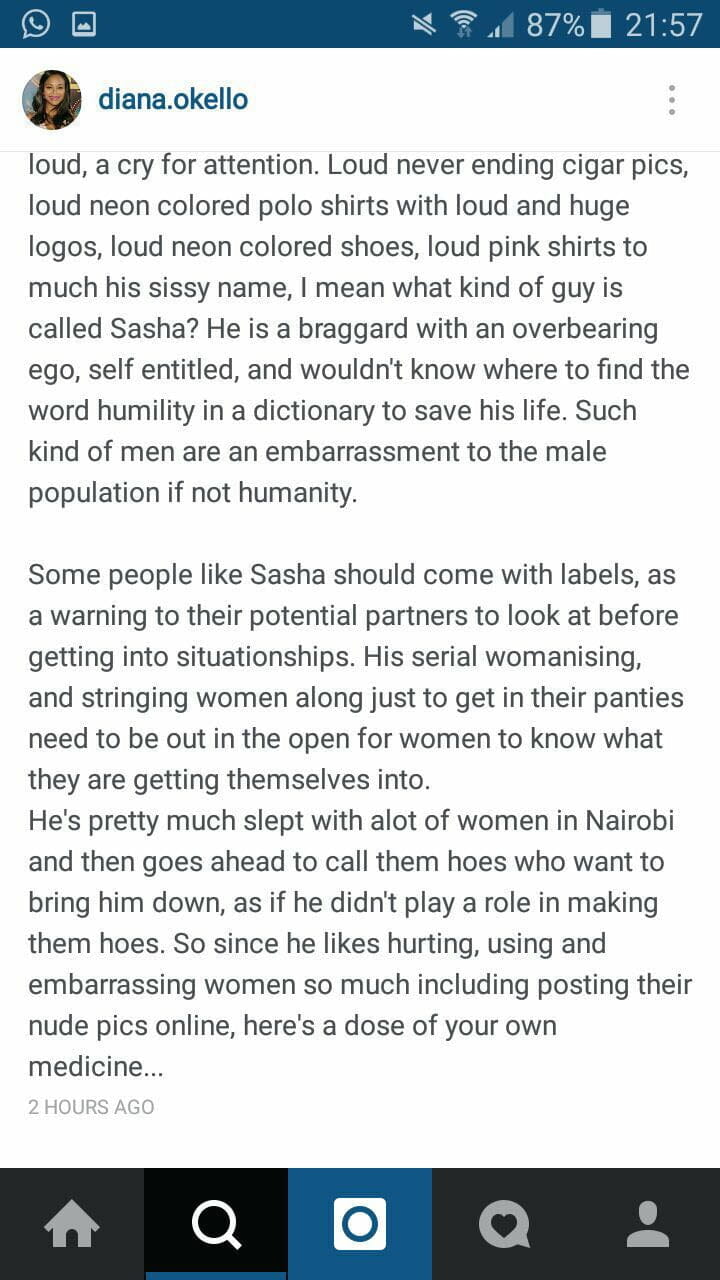 Many correlate this latest release to his political ambitions in Kenya Rugby Union. Last year, Sasha Mutai had executed a “coup” and is said to be a fierce critic of current Chairman Richard Omwela.

Could Richard Omwela have planted Diana Ocholla to expose Sasha Mutai for the sake of political expediency? (her name betrays her). Read below and see the bile in the posts. 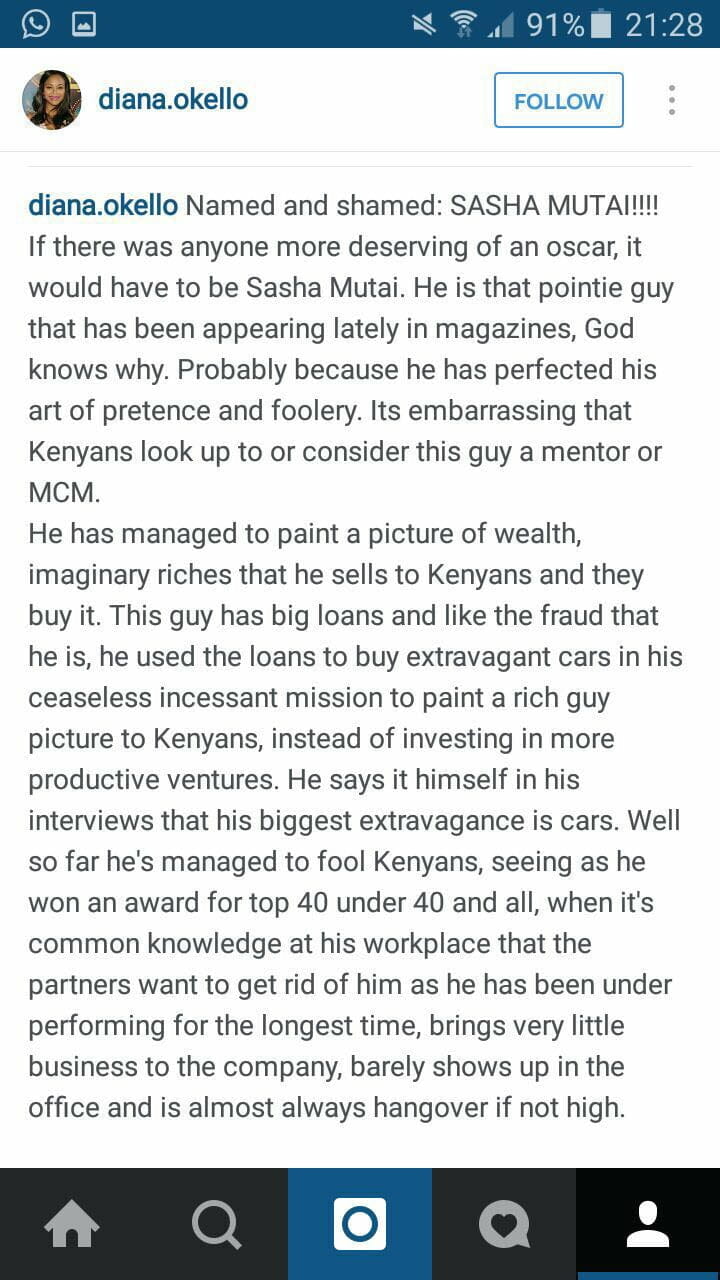 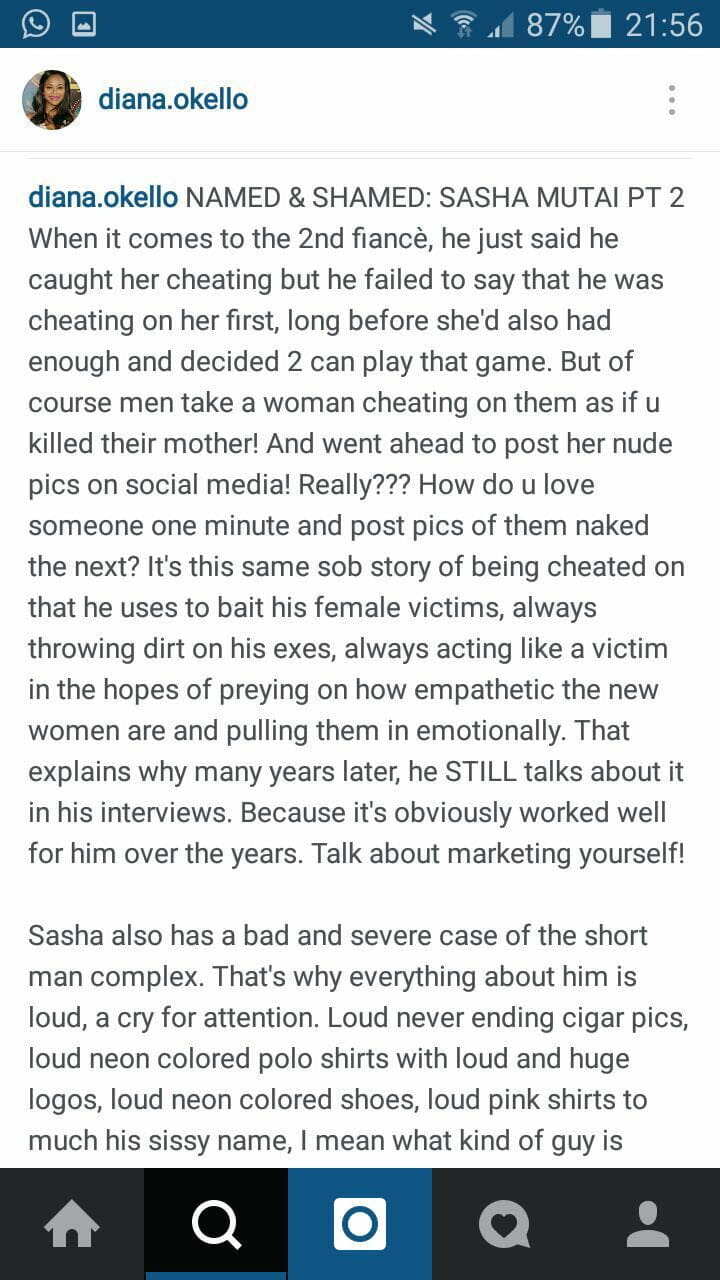 She talks about “loans” that Sasha lives on, but which man doesn’t have a loan?

Remember that stakes for the next Kenya Rugby Union Elections are very high, coming from the back of Kenya 7’s win in Singapore. Main concern is, would Sasha Mutai be just another useless nincompoop like Nick Mwendwa? Because if there is any prize for mediocrity, no doubt Mwendwa takes the cake.

Moral of the above story; avoid basic bitches like a plague gentlemen.