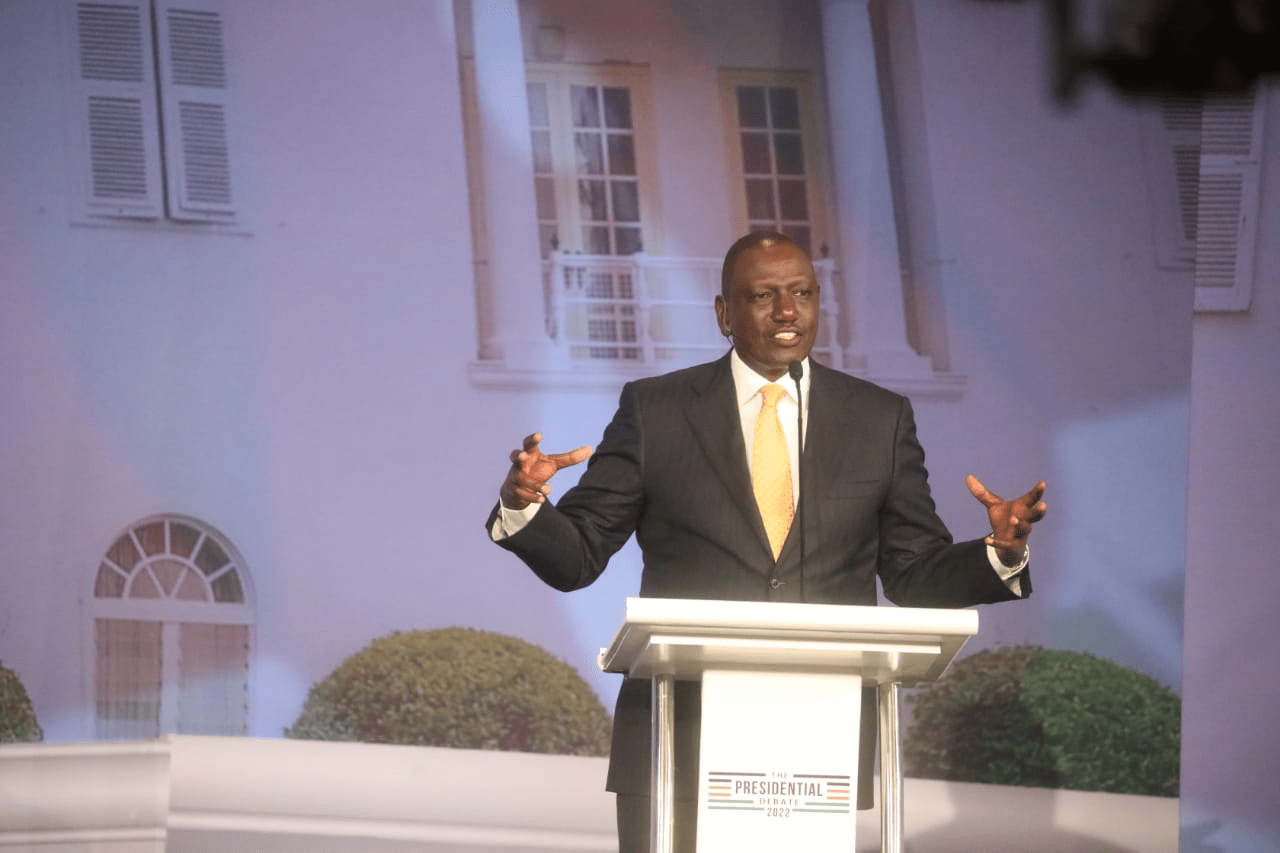 PHOTO CAPTION: Deputy President Wiliam Ruto when he appeared for the Presidential Debate

A section of Kenyans has taken to social media to protest over blackouts in several parts of the country amid the 2022 presidential debate, linking the unprecedented outages to suspected State Capture at Kenya Power.

The power blackout lasted about one hour and the electricity was back at about 9 pm.

The United Democratic Alliance (UDA) party leader was debating alone at the time after his fierce competitor, Raila Odinga, cowed out of the debate.

Many sensed heavy foul play in the whole controversy.

In a statement, Kenya Power noted that there was a transmission trip on Makutani, Soilo 132kv affecting Soilo, Makutano & entire Western region.

They added that the Muhoroni gas turbine had been off for the last three days due to a technical hitch, which apparently resulted in a reduced generation in the western region.

They, therefore, supplied much of the demand to western from Naivasha geothermal fields and beyond. 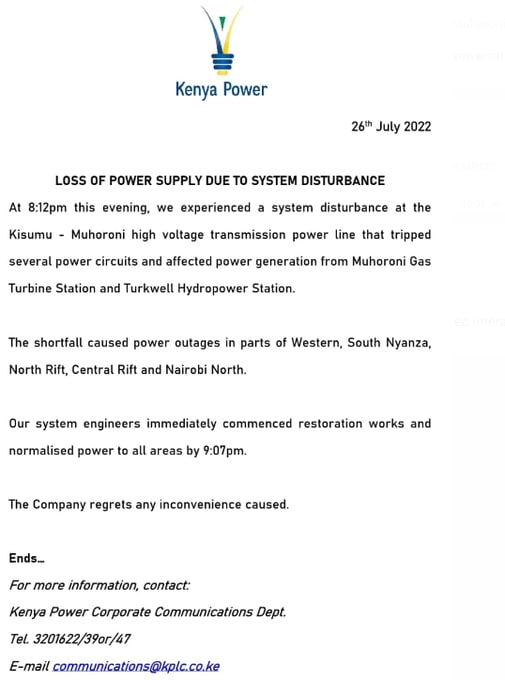 Tellingly, the affected areas were not included in Kenya Power’s power interruptions scheduled for Tuesday.

According to Kenya Power outage daily program, certain regions in the North Rift were to experience power outages on July 27, 2022, and not on Tuesday.

This left most of those affected by the blackout pointing fingers at KPLC and accusing them of intentionally switching off electricity supply to areas considered DP Ruto’s strongholds.

“Apparently power was switched off not just in Rift Valley but in 70% of the country. For those who have been taking Uhuru seriously, you now know he can be very petty, and it’s getting worse as he realizes he won’t be President again forever, especially since BBI died,” the legislator noted.

Senator of Nandi County Kiprotich Arap Cherargei also weighed in on the conversation, directing his anger towards President Uhuru Kenyatta, claiming he was responsible for the blackout.

“President Uhuru Kenyatta switches off the power across the country causing a National blackout. MEANWHILE, the 5th President of Kenya is Dr. William Samoei Arap Ruto,” read his tweet.

Independent journalist David Makali, on the other hand, questioned whether KPLC had teamed up with Azimio La Umoja-One Kenya Alliance to ensure their opponent does not get any coverage during the debate.

“I hope this power blackout is not part of the winning strategies being contemplated for August 9. Kutanuka,” his tweet read in part.

Kakamega Senatorial aspirant Boni Khalwale also accused KPLC of deliberately cutting off the electricity supply to the people in his county.

“Congratulations our brother on the Presidential Debate. Unfortunately, the people of Kakamega were denied an opportunity by KPLC to watch & listen to you. A deliberate blackout,” he claims.

The onslaught against Kenya Power comes at a time when the electricity distributor is grappling with a plethora of challenges which are often met with a chorus of public outcry.

In May 2022, Kenya Power appointed a new acting managing director, Geoffrey Waswa Muli, replacing Rosemary Oduor, who had been acting in the same capacity since August 2021. 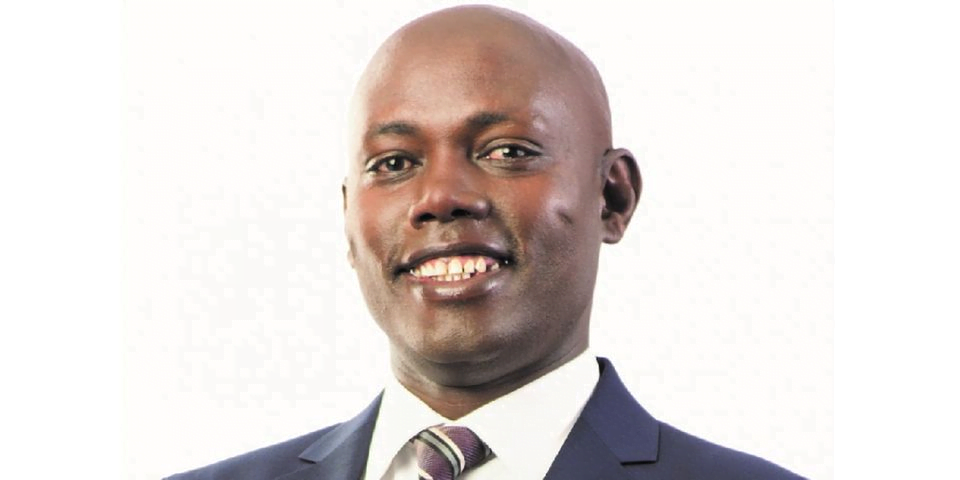 Ms. Oduor took over from Bernard Ngugi, who also resigned last year in shock changes at the firm.

Mr. Ngugi was the fourth CEO in four years to exit the firm amid a boardroom fallout that came months after the court dismissed a petition to remove him from past procurement dealings.

He had come under pressure from the board and shareholders over turnaround plans amid a streak of losses at the utility.

He quit barely two years after they appointed him for a three-year term.

Hardly two months into his job at the loss-making utility and Mr. Muli is already under intense pressure from the public, with some quarters calling for his resignation following last night’s blunder.

After all, if the state were to intentionally concoct such a wide power blackout, wouldn’t Mr. Muli be the prime candidate to receive and execute such orders?

Mr. Muli is an insider who, prior to his appointment, was the acting general manager in charge of regional coordination at the troubled state-owned electricity distributor before his rise to power.

Considering the harsh fate that met his predecessors, it would not be a surprise if he becomes the latest victim of the company’s revolving doors.

If this is the case, then chicken heads ought to come home to roost.