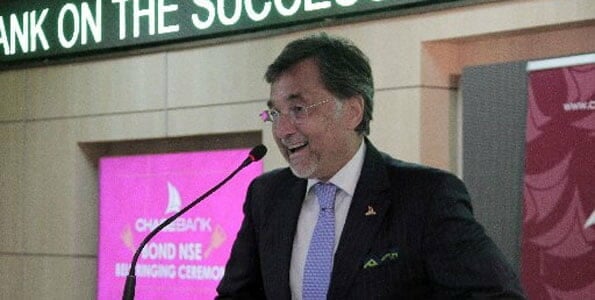 There’s been little or no prudence in the management of our banks. With microscopic scrutiny into their books by the new CBK governor their financial health status was definitely going to change towards HDU if not ICU. Unsecured loans to friends and cronies to finance pedestrian business ideas

Chase Bank is under pressure by auditors and the Central Bank to announce a Kshs. 6 Billion loss. It seems that beyond fraud and financial malpractice, the economy may not be doing so well as claimed by bribed WorldBank officials.

The Managing Director has been siphoning cash in similar manner and fashion as the Imperial Bank heist, even though Central Bank is said to be fighting tooth and nail to avoid it’s collapse. 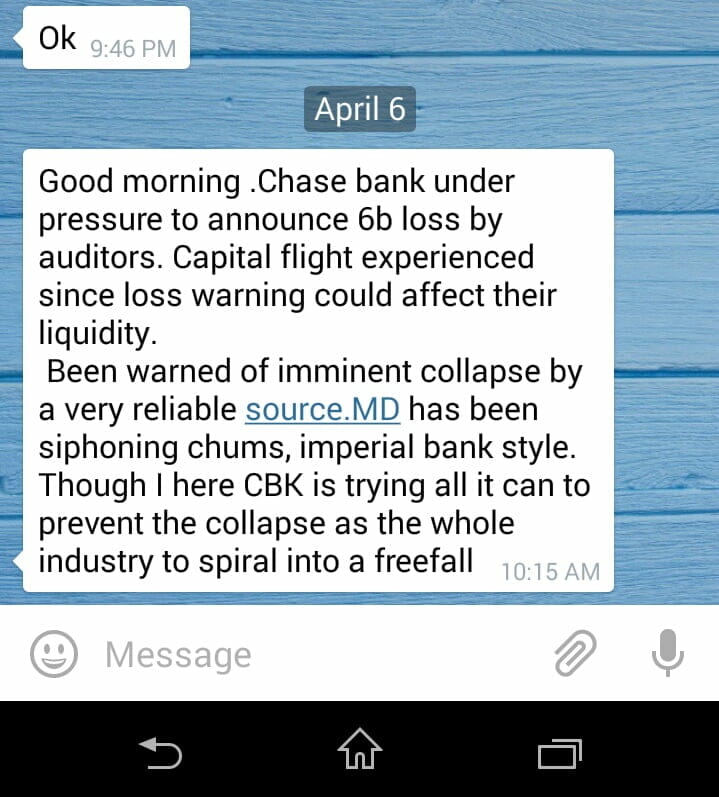 Caption : This is the notification we received in the morning but were awaiting more information before posting . The MD’s resignation is a clear indicator that the bank is headed for collapse.

We have many of these scandals but there is no  word coming from the Capital Markets Authority where Muthaura’s son who is the CEO is said to have been bribed to turn a blind eye.

The truth is that Kenya’s financial system is built on quick-sand and not solid fundamentals and can collapse anytime. 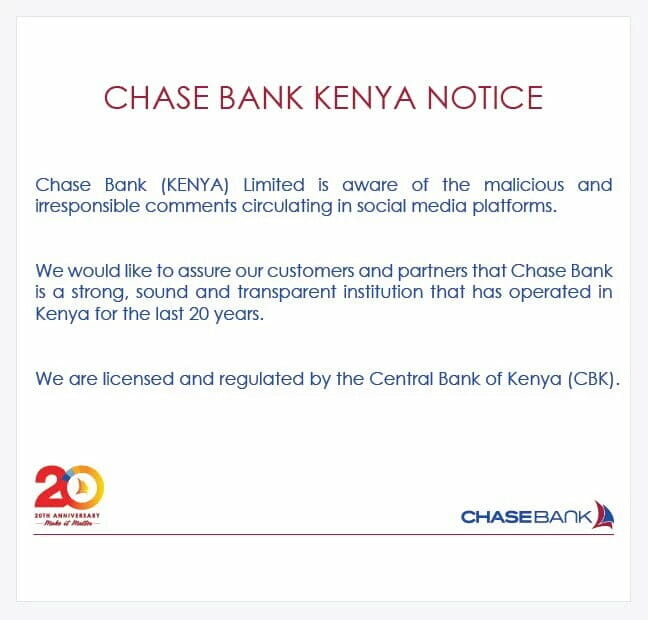 Caption : How Chase Bank is lying to Kenyans to avoid mass withdrawals

Paul Njaga takes over as Group MD and Chief Executive Officer while Muthoni Kuria, a member of the board, takes over as acting Chair.

No reason has been given for the sudden resignations although sources indicate they came at the insistence of the Central Bank of Kenya.

Governor Patrick Njoroge who has CEOs of Kenyan banks literally shaking in their boots would not be drawn into discussion over Chase Bank during a media briefing earlier today.

Questions have been raised regarding Chase Bank’s momentous swing from a healthy profitable position at the end of the nine months to September 30, 2015 only to plunge into loss territory at the end of December 31, 2015.