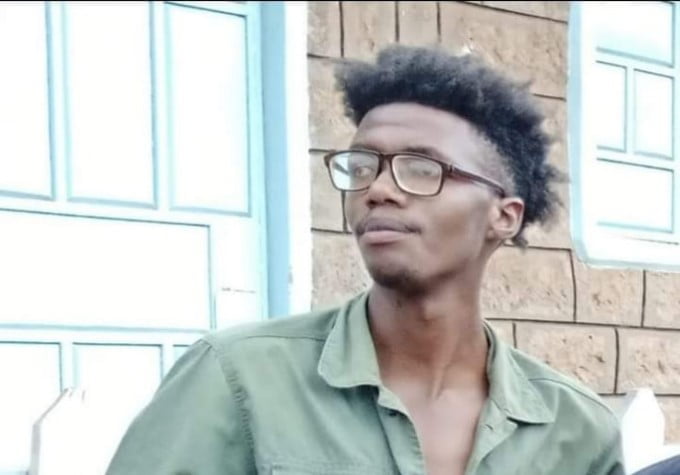 PHOTO CAPTION: A Cooperative University Student who was brutally murdered on Wednesday night

Students at the Cooperative University of Kenya are protesting the brutal death of a comrade who was accosted and stabbed by unknown thugs in Gataka, Ongata Rongai.

The gruesome incident reportedly took place at Upendo area on Wednesday night when the youthful undergraduate identified as “Mwamba” was strolling back to his house in Riverside.

For the better part of Thursday morning, students held demonstrations in demand of swift investigations into the shocking murder.

They also want authorities to provide a quick remedy for the rampant cases of insecurity in the area.

Students of Cooperative University of Kenya currently rioting due to increases insecurity in Gataka. Mwamba a cooperative student was brutally stubbed to death yesternight.@ItsMutai@RobertAlai@bonifacemwangi@janetmachuka_@BravinYuri#justiceformwamba
pic.twitter.com/HuwGqbmrVl

Cooperative University students cry for justice for one of their own#justiceformwamba pic.twitter.com/liITiqGNac

In recent years, Gataka has been mapped as a top crime hotspot in Kajiado County.

The area is rapidly developing with many people settling there.

Just last month, some traumatizing CCTV videos emerged showing a lady being ambushed by heavily armed robbers at her posh home within the same neighborhood.

Police are yet to issue an official statement regarding the matter.