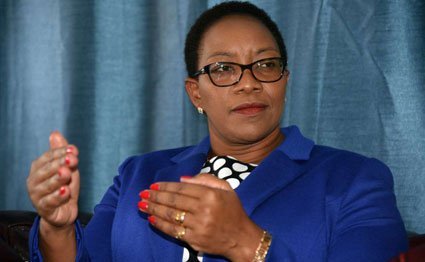 Sometime last year cnyakundi.com brought you the story of Field Community Health Extension Workers (CHEWs) who were reporting the inability to find HIV positive people and that was putting a strain in their relationship with their superiors and the donor community.

HIV is the virus that causes AIDS, a disease that attacks the immune system and makes it hard for the victim to get well. Victims die from opportunistic infections. This disease like many stubborn others has been used to scam the innocent people of the world. It is a money-minting scheme.

The NGOs that deal with the management of HIV/AIDS patients were desperate to get more people who will test positive so as to shore up their chances of getting funding for the next financial year. It was very hard for them and their CHEWs as more found themselves out of job for lack of getting at least two people who test positive per day across Kenya.

Today, National AIDS and STIs Control Programme (NASCOP) released a report that details how the HIV infection rate has been increasing in the most depressed, often exploited part of Kenya.

Luo Nyanza and especially Homa Bay has borne the brunt of the greedy Non-Governmental Organisations (NGO) world which portray it as homosexuals, prostitutes and people who like to enjoy life with reckless abandon. 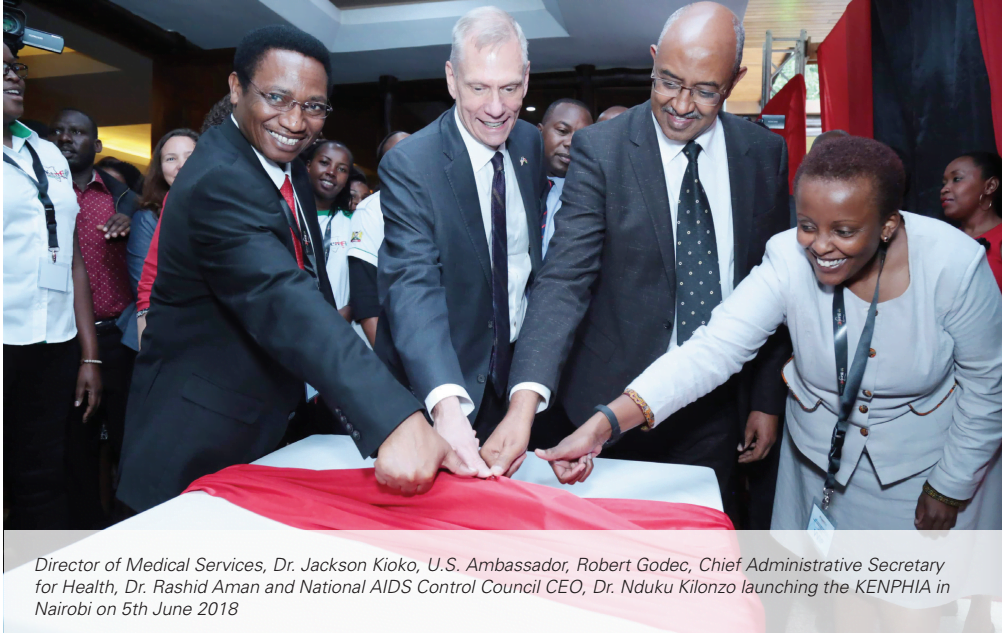 According to an internal source, the NASCOP, Kenya Population-based HIV Impact Assessment (KENPHIA), the Ministry of Health (MoH) and the other supporting research organisations cooked data in order to allow for them to propose more donor funding.

As I stated earlier, the NGOs and the biggest funder of HIV/AIDS cases United States Agency for International Development (USAID) management in Kenya has been duping the United States (US) govt to release more funds through cooking of HIV positive figures.

AMPATH PLUS, Pioneer Voluntary Counseling Centre (VCT), APHIA PLUS, Liverpool VCT were mentioned by staff who sent information anonymously to us to have forced staff to ‘bring HIV positive’ patients.

The sad thing about this is that some field workers in places like Kwale, Bungoma, Kisii, and Nyamira were forced to cook data. Cooking data is tantamount to ‘declaring a HIV negative patient positive”. The problem this creates is that once you have been declared HIV positive and entered into the government medical records, there’s no way you can be removed.

The issue is that once one starts using Anti-Retrovirals (ARV) medications, HIV is suppressed to the level that one, they cannot be detected by testing kits, two, it is highly unlikely that one will infect other people”. So if you are negative, there’s no way of establishing that again. Your goose is cooked!

Sources confirm that HIV prevalence has been going down in Kenya and that’s why in the first instance the CHEWs were having a hard time to get the required number of HIV positive people.

I’m at pains to putting down my grievances and on behalf of my colleagues on how HTS PROVIDERS from Kwale county are being forced to get HIV positive clients; failure to which one is threatened like “we are sacking you” or you are not doing any work! All these beside poor pay of Kshs. 2300. Counsellors / HTS PROVIDERS are so frightened and demoralized that they (we) lost hope in life. – Kwale CHEW in 2019

It’s true we are being forced to get two positives every week here in Bungoma we are being intimidated with sacking. Please expose this, don’t mention me. It’s very true; get to the bottom of this. I am a Victim of USAID AMPATH threatening to sack or not to renew our contracts. Some people have resorted to cheating in order to keep their jobs. – Bungoma CHEW in 2019

Your exposure on healthcare workers being forced to get yields is so true. I have more than 10 friends whose contracts were abruptly terminated when they tested less number of positives as expected. This is Afia Ziwani Nyamira and Kisii counties. Please don’t mention my name. – Kisii and Nyamira Counties

International Development Organisations (donors, NGOs) depend on crisis in order to survive. Without which many will not be in existence. That is why you don’t see the end to war, pestilence and disease. 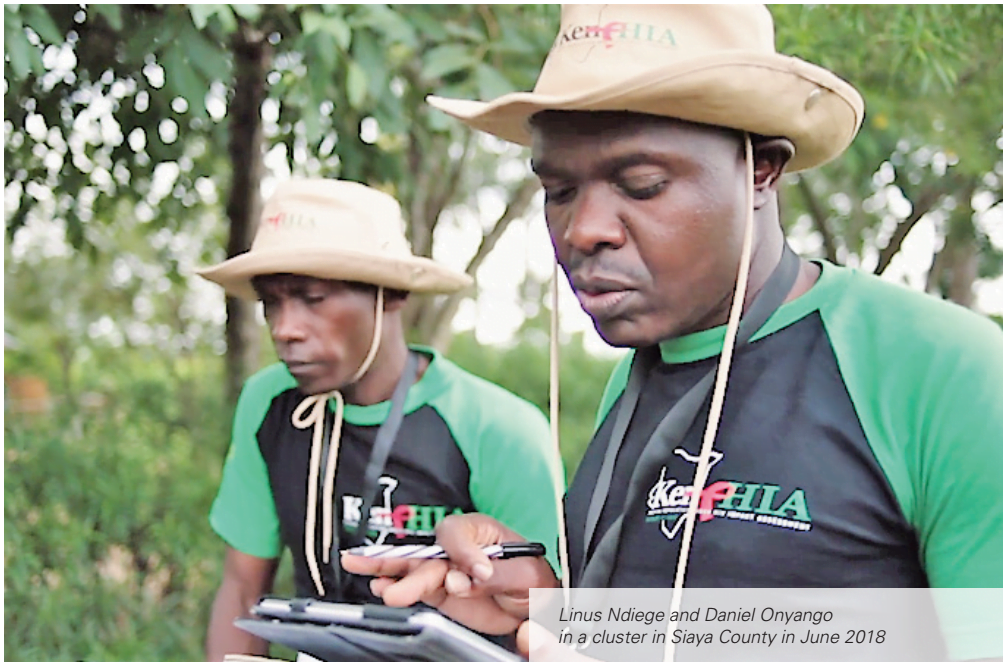 Thanks to Condom use and ARVs

Truth is, Nyanza is not even having an HIV scourge as much as it is being reported. Nyanza people just need economic empowerment as the rest of Kenya. For that reason, real data about HIV prevalence and infections are ‘cooked’.

Last year, a mamager at LVCT Health, one of the pioneers in the Voluntary Counselling and Testing (VCT) initiative in Kenya, was quoted as telling staff that they risk losing their jobs if they don’t ‘bring’ more HIV positive clients. The reason being, US President Trump administration has cut funding and they need numbers to attract more funding.

The UNAIDS had the 90-90-90 campaign to end HIV infection between 2003 – 2020, though they haven’t achieved full eradication like small-pox in the past, the campaign has so far so good rating as of December 2019.

The 90-90-90 campaign followed the 3 by 5 initiative, begun in 2003, to put 3m people on the drugs by 2005, and the subsequent target of 15 by 15. The latest estimate as of 2019 was that 38m people are infected with HIV, so 90-90-90 implies 28m being treated successfully. Doing this by 2020 (we are already in 2020) is highly unlikely. Whether that is seen as a failure, though, depends on your point of view. Had the target been reached easily is would surely have been criticised as unambitious.

Its aim was that, by the end of 2020, 90% of all those around the world who are infected will know they are infected; 90% of that group will be receiving sustained antiretroviral therapy; and 90% of those receiving therapy will have had the virus effectively suppressed. On World’s AIDS day 1st December 2019, another campaign was launched dubbed 95-95-95.

In principle eliminating HIV is possible with existing technology. As has happened with smallpox and polio, the identification and treatment of all who are infected would stop new cases arising. However, unlike smallpox and polio, there is no vaccine against HIV. If this state of affairs continues, eliminating the virus will mean giving drugs to all those infected until they have died of other causes.

“Some of us were specifically warned against reporting low numbers in Nyanza”, said the source.

As it’s been, the media has been driving the narrative since time immemorial that Luo Nyanza is the hub, the headquarters of HIV infections. What is true?

So KENHPHIA and NASCOP want to tell us that a place where HIV has been known to have ravaged families would continue living with the same recklessness that was there in the past? It is a lie.

KENPHIA and NASCOP want us to believe that the warnings that has always been sounded in Nyanza was enough to change behaviours of people were falling on deaf ears? point is that the latest figures even to a common mwananchi are sham.

“My friends have lost jobs over the past one year. We used to work around Katitu and Sondu Miriu, but due to the low levels of yields, we were let go”, revealed another source.

NASCOP reported zero HIV Positive yields in Garissa county, a county of polygamous Muslim men who might’ve been saved by the one the ARV-taking and condom using Nairobi prostitutes they sleep with when they travel for business, two, the silence in the community over HIV matters.

Some of these businessmen are reckless and go back and infect their wives but nothing  can be seen in the medical research because, one, women are not allowed to talk, secondly, it is not fitting the stereotype of HIV infections in Kenya, thirdly, the vastness and unforgiving landscapes of places in North Eastern Kenya isn’t conducive for HIV/AIDS management activities, couoled with fouurthly sparce spaced populations.

In years psst, in 2002, there was a report which termed a small town in Turkana county as having the second highest infection rate in Kenya outside Nyanza.

Lodwar Town, the hub of NGOs and all manner of greedy donors was being framed so as to be the other ‘Luo Nyanza’ so as to increase donor funding into the many NGOs stationed there. This lie quickly faded because of the low population, vastness and unforgiving wilderness. Though, there are those NGOs such as Elizabeth Glaser Pediatric AIDS Foundation (EGPAF) that still scraps the surface there to pull out HIV positive patients. Donor funding is flowing.

Let’s be truthful with figures, most of those in Nyanza were done under a tree as explained by one of the sources. See below:

Now Kenphia result is out, imagine data collection was only 7months, it took Nascop and scandalous ICAP 14 months to analyse and give ‘preliminary result’ Those who took part in Data collection will tell you no place they got >5% +ve result, the data was collected and posted online and got reflected to centers in Nairobi, South Africa and CDC headquarters in the US. Since the HIV prevalence in nyanza being lucrative, Nascop could not explain the delay was about last year, seem ‘everyone’ was involve to ‘analyse’ the data for cash to flow. N/B HIV is real in Nyanza but not even at 5%.

Which one will you trust, a government which cannot even get electoral figures right or bloggers who usually bring you raw information that is hidden from the pubic?