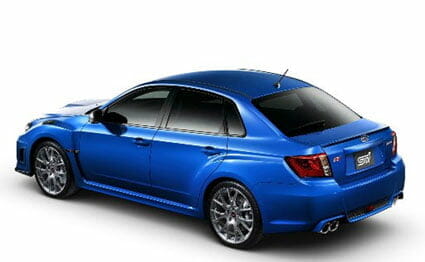 Controversial Nation writer Njoki Chege is not sorry for trolling Subaru owners. KTN’s Betty Kyalo  wrote an article attacking Njoki chege and obviously she had to respond.  If you thought she would aplogise, then you are damn wrong,  son. In a well detailed article Njoki chege explains why The  : Blue Subaru is a great car; it’s the owners who give it a bad name

The Kenya Subaru community is vexed by my comments and tweets regarding the Blue Subaru. For those not in the know, I recently made solemn but true observations regarding Blue Subaru owners as being brash, immature and cheap.

A tirade of insults and ridicule followed, which, frankly, I don’t mind. Those are occupational hazards, my friends. The backlash comes with the territory and those close to me will tell you that I have taken the denigration in my stride, and gracefully so.

To answer the question on everyone’s lips; What do I have against the Blue Subaru?

I have absolutely nothing against the Blue Subaru. You see, from my layman’s (or woman’s) assessment (and am no ‘petrolhead’, I am afraid) — the Blue Subaru is a fairly decent car.

It is affordable — politically correct term for ‘cheap’. It is tolerably fast. It has a conspicuous, shiny colour (bright blue) which villagers will remember in years to come.

Because of this, it is easily the most popular car among the young and hippie yuppies in search of spine-tingling adventure. What I do have a problem with, though, are the Blue Subaru owners.

This is nothing personal, for those simplistic minds who conclude I must have been jilted by a Blue-Subaru-driving lover. I am a columnist for God’s sake; I observe and write. In any case, a Blue Subaru owner is not exactly my type. I am partial to refined gentlemen of chivalry.

Blue Subaru owners, most Kenyan drivers will agree with me, are full of themselves. A Blue Subaru owner is a rogue ne’er-do-well who presents a blustering patina of untold self-importance, misplaced aggression and malignant narcissism.

Because of their attention-seeking disorders, they have this habit of announcing their arrival by vrooming around the city as if they are the only ones who own cars.

They display utter infantile behaviour on the road, driving carelessly and exposing everyone to danger. Now, correct me if I am wrong, but you don’t need to drive on Kenyan roads for long to witness the cruising shenanigans exhibited by these riff-raffs.

For some reason, Blue Subaru owners believe that the vehicle is a remarkably fast car. These wanton drivers on a suicide mission will race you down Mombasa Road when you are least interested in racing.

What do these juveniles smoke that makes them think that they can race a Mercedes S-Class?
Most Blue Subaru owners have a deep sense of insecurity. Little wonder they are ever on a boundless mission to prove a point. They brag about their cars on social media and in bars to anyone who would care to give them audience.

Heck! They even have a Facebook page and a blog dedicated to their blue toys. Who has time to blog about a vehicle worth Sh600,000?

And what is it with the raucous exhausts? Don’t people realise that empty vessels make the most noise? Why do Blue Subaru owners feel the need to have that incommodious exhaust system and drive into the estate at 4am, setting off car alarms and waking sleeping babies?

I don’t doubt that the Blue Subaru is a great car. I will leave the specifics to that petrolhead blogger-cum-columnist. But I have read a few reviews off the internet and my assessment is that it is an okay car. That said, Dear Blue Subaru owners, you are the ones giving the Blue Subaru a bad name.

Your elephantine appetite for cheap brandy is baffling. When you are told the truth about your conduct, you kick and scream like babies.

The Blue Subaru community in Kenya ought to stop taking themselves too seriously. If I were you, I’d take criticism with poise; keep quiet, work harder, and let success be my noise -not that Godforsaken exhaust. From the tantrums you are throwing all over the blogosphere, it is clear that your level of pettiness is astonishing.

You are acting as if your fate is sealed to the Blue Subaru; acting like the Subaru is the only car that you will ever drive. The truth is, ridicule has been poked on the Probox too (sorry to place you in the same category), but Probox owners don’t care.

They continue to work hard to transport their Muguuka and hope to drive bigger and better cars. Oh, and they don’t ‘catch feelings’.

Why can’t all of you Blue Subaru owners ape the nobility of Mercedes owners, the refinement of BMW owners, the sophistication of Range Rover owners and the chivalry of Porsche owners?

Finally, I will not apologise for telling it as it is. No amount of trolling on Twitter and Facebook will take me down. If you have ‘caught feelings’, then it only means one thing; you are the typical Blue Subaru Owner I am talking about.