Fly 540 CEO Don Smith. He runs his company with an iron fist and would rather risk lives and make money than comply with aviation safety guidelines

Over the past few months, this site has exposed the incompetence, corruption and shortcuts that the aviation authority uses to clear un-airworthy planes to fly.

The buck stops at the the KCAA Director General Captain Gilbert Kibe’s office.

Kibe, a pilot has steered the government agency to the dogs.

This development which has been going on for months if not years has alarmed industry players who say the practice is negatively impacting their businesses and even worse compromising air safety over Kenyan skies. 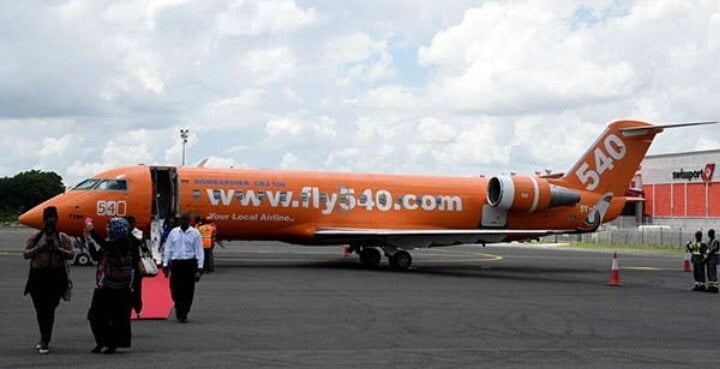 Fly540 Aviation and FlySax are both owned by the aforementioned Don Smith, and are both reportedly receiving preferential treatment at KCAA ahead of other operators despite a worrying compliance record by Fly540 and FlySax which has led to increasing concerns on safety and reliability.

The other thing that is emerging currently is the issue of working conditions, pilots have gone for moths without pay and this has seriously impacted their mental health.

A frustrated Fly540 pilot recently revealed that apart from high workload, they have not been paid for the past 4 months.

The personal problems facing these Pilots is enough to ground an airline for fears of accidents caused by ‘human error’ or even suicide by oppressed and depressed Pilots.

Below is an example of how a frustrated pilot operates an aircraft.

I used it on September 11th to Ukunda and their flying is bad especially landing at ukunda airstrip. It was so bad a good number of the people were screaming when we touched down.

We overlooked thinking that it’s because the airstrip is short. On our flight back JM 8690 from ukunda on 13th and landing at Jomo Kenyatta International Airport (JKIA) and the landing was bad!

Their frustration is seen in their work