Embattled Nairobi Governor Mike Sonko has distanced himself from a statement doing rounds on social media where he praised Beatrice Elachi for resigning as the Speaker of the National Assembly.

On Tuesday morning, Elachi announced her resignation from her position and minutes later a statement alleged to be from Sonko noted that he was shocked by the turn of events.

In the statement, the Nairobi governor praised Elachi describing their relationship as healthy. He further stated that he was shocked by her resignation.

“This move wouldn’t have come at a worse time. Our county is in turmoil, our people are suffering, and our city is in disarray,” the statement read.

Sonko is also credited for working tirelessly to  ensure Elachi’s return to the assembly and continue discharging her duties after she was suspended through a court order in 2018.

Sonko’s spokesperson Ben Mulwa later said the statement was fake and was not from his boss.

“Sonko does not wish to comment on the resignation of Speaker Beatrice Elachi. If need be, he will issue a comprehensive statement later,” he said.

But the Governors posts on social media was full of gospel songs which left users feeling that he appreciated God for Elachi’s resignation.

Elach turned into Sonko’s ‘enemy’ after the governor was barred from accessing is office following corruption charges he is facing in court. 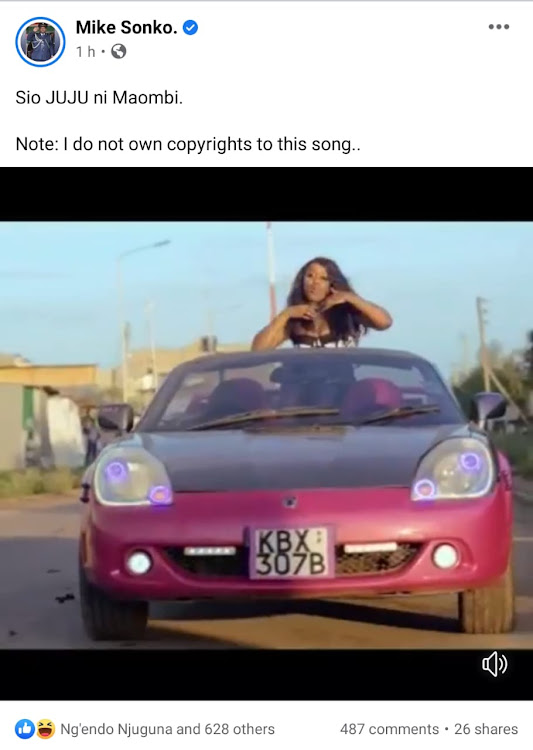 While reading her resignation letter addressed to President Uhuru Kenyatta, Elachi advised Sonko to focus on God and his job.

“I was the biggest stumbling block for the governor but I want to pray for him. Governor, focus on God and stop threatening people’s lives it does not help,” Elachi said.

Sonko and Elachi have been embroiled in supremacy battles which played out with both flexing their political muscles to control the county government.

MCAs allied to Sonko and those allied to the Speaker/NMS have been feuding and turned City Hall into a chaotic battle ground.

Rifts began emerging between the two leaders after Elachi returned the County Supplementary Appropriation Bill, 2020 back to Governor Sonko for assent.

The bill was passed and allocated at least Sh15 billion to the Nairobi Metropolitan Service. The Elachi later joined the camp that has been crafting bid to impeach Sonko.

Post Views: 10,300 Move over, roses and chocolates, there’s a new romantic gesture in town and it’s all thanks to Kevin Mboya, a digital...

Post Views: 4,531 The gospel music industry has been sent into mourning after news broke of the sudden passing of musician Ilagosa wa Ilagosa....

Post Views: 3,250 We have taken interest in a court case where a former employee sued the pharmaceutical giant GlaxoSmithKline Kenya (GSK). The case...

Post Views: 2,681 A disgruntled staff member has made alarming revelations about the poor working conditions at Carrefour Hypermarket located at Two Rivers Mall...