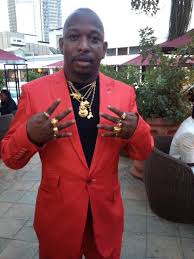 An early morning phone call from President Uhuru Kenyatta spared a multi-million Nairobi estate from planned demolition. Bulldozers at the site had already demolished a few structures under construction and were preparing to move in to occupied houses when Nairobi Senator Mike Sonko called the president and pleaded for his intervention. But ?

President Uhuru never knew that Sonko had put him on loudspeaker. The call generated a lot of debate both locally and internationally.  Kenyans thought the era of roadside declarations was over but they were shocked when a whole president said he would stop a court order via a phone call.  This angered security experts who claim that the call signal would have been tracked the the president eliminated using something like Sniper.

According to one local newspaper, Sonko was given too much and it is time to take it back. In an operation aimed at taming him and clipping his political wings, Sonko has been blocked from directly calling the president, he has to make an appointment just like me and you.

Sonko has been blocked because he is now being accused of running a parallel security network and which if not checked, may end up being engaged in questionable activities. The president’s advisers are also opposed to Sonko’s rescue team which they have termed as ”  Undermining the president or undermine his authority ”

Sonko’s call has also been blocked because the flamboyant senator has been accused of harassing and intimidating businessmen within the city . Word has it that the Chinese embassy has officially written to the president complaining about Sonko.

There was a meeting and Sonko was the topic. Sonko’s  drama at Lee Funeral home where his security brandished out guns has also been the topic of discussion . An agreement was reached to ban strobe lights and sirens on private cars .

There are more plans to clip Sonko’s political powers . But much political drama may be witnessed from the senator who brags to be a champion for the youth and has a lot of influence withing Nairobi. Sonko has also said he may vie as governor come 2017.