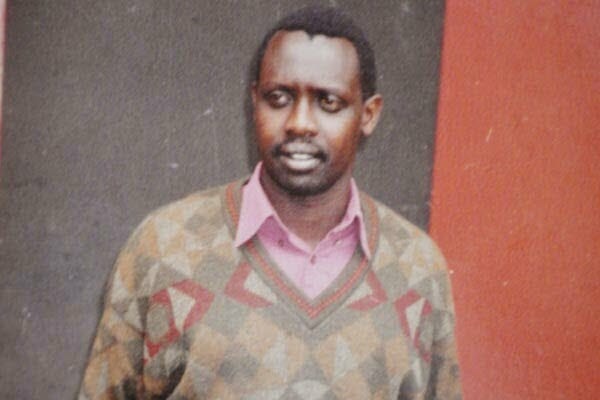 Yebei’s family is protesting. In fact they didnt want the ” Body of Yusuf ” to be buried. They have now gone to court because they are not convinced with the DNA that was done by government . I also smell a Rat ! Yebei’s case has been mysterious, shocking and confusing . This is how the Fella disappeared

IT IS SAID THE VEHICLE THAT WAS PARKED OUTSIDE THE GATE OF ST COLUMBUS PRIMARY SCHOOL NEAR TURBO HEALTH CENTRE HAD A PERSON SHOUT YEBEI’S NAME. THE VOICE CAME FROM THE VEHICLE WITH FOREIGN NUMBER PLATES.
IT IS ALLEGED THAT WHEN YEBEI WENT TO THE VEHICLE, THE TWO GENTLEMEN CAME OUT WEARING DARK GOGGLES. FAMILY SOURCES SAY WHEN YEBEI RESPONDED TO THE CALL, ONE OF THE MEN PUNCHED AND PUSHED HIM INTO THE VEHICLE.
THOSE WHO WITNESSED THE HAPPENINGS CLAIM THAT WHEN THEY ASKED WHAT THE PROBLEM WAS, ONE OF THE MEN SHOUTED THAT HE HAD COLLAPSED AND THEY WERE TAKING HIM TO HOSPITAL.

According to Yebei’s family, they want independent tests from South Africa. The Yebei’s are also suing Registrar of Births & deaths and the chief government pathologist.

Yebei’s family was not shown DNA results, they were just told verbally just like you and me by the head of serious crimes head John Kariuki

Immediately the headlines screamed that the body wasnt Yebei’s, the likes of Duale stopped barking and became silent as if Yussuf is not human . Very sad . Kenyans want to know who killed ” Yususf ” Too