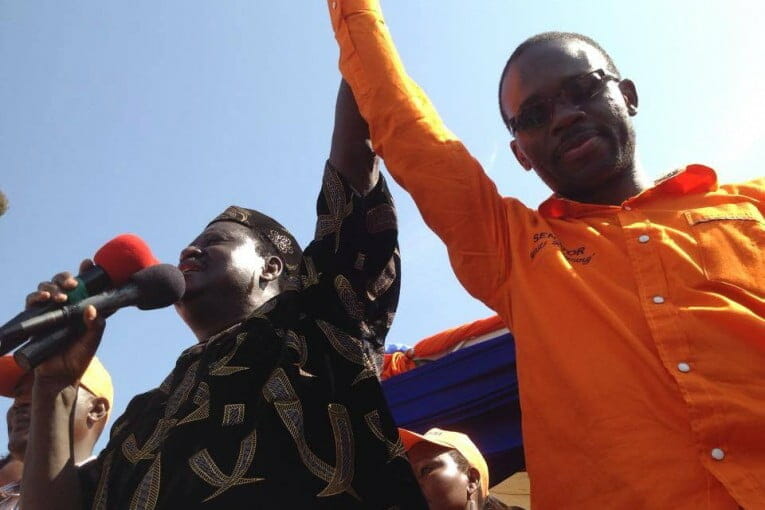 The ODM candidate for the Homa Bay senatorial by-election has taken to task his opponents, accusing them of hatching a plan to have him disqualified from the race. Moses Kajwang’ has expressed concern over a petitioner, Isaac Aluoch, who appeared before the Independent Electoral and Boundaries Commission (IEBC) tribunal to have his candidature revoked on grounds that ODM failed to meet legal requirements in nominations. Speaking to The Standard on phone, Mr Kajwang said he could not tell the motive of the petitioner, accusing him of acting out of malice. “I was perplexed to be informed of the petition because the petitioner is a resident of Migori County and has no connection with Homa Bay County affairs. I think this is a plot by my opponents to bar me from the race as happened to Kethi Kilonzo during the Makueni by-election,” Kajwang’ said. He urged his supporters to be calm as he continues with his campaigns. “What has transpired will not discourage me, and I want to assure my supporters that this matter will be judged in the ballot boxes on the election day,” he added. However, Kajwang’s opponents Prof Medo Misama (Independent), Philip Okundi (Maendeleo Democratic Party), Hillary Alila (Independent) and Innocent Masara (Independent) denied having a hand in barring him from the race. See Also: Aspirants in Homa Bay senate seat agree on campaigns Prof Misama dismissed Kajwang’s utterances, saying they were meant to seek sympathy votes. “This is a time I am so busy with my campaigns that I cannot have time to talk about disqualifying somebody from the race. I think this is cheap politics being played around to seek sympathy from voters,” Misama said. Equal opportunity Mr Okundi said he got news of Kajwang’s allegations when he met him on Monday night at KBC (national broadcaster) for a live interview.
“I know God has already elected one of us who will become the next senator. All of us need equal opportunity to meet at the ballot box for one to emerge the winner,” said Okundi. Mr Alila said it was wrong for anybody to try to block Kajwang’ from the race. “I think everybody has been given an equal opportunity to carry out the campaigns hence I expect all of us to meet at the ballot box for the victor to be known,” he said. “I have no ill intentions against Moses Kajwang’, and I appeal to whoever wants to bar him to stop because I am eager to meet him in the ballot box,” Mr Masara said. Ndhiwa MP Agostino Neto criticised the petitioner who appeared before the IEBC tribunal against Kajwang’. Mr Neto said it was wrong for anybody to appear to have motives of barring any candidate from participating in the set February, 12 by-election.