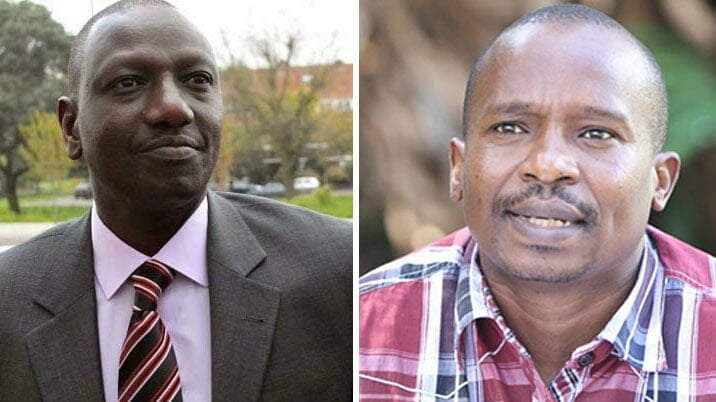 Mt Kenya East political leaders have endorsed Senate Majority Leader Kithure Kindiki to be Deputy President William Ruto’s running mate in the 2022 General Election. During political rallies in Tharaka Nithi, Embu and Meru counties, the legislators agreed to prepare Kindiki to be the kingpin of the region’s politics. Embu Senator Lenny Kivuti said they will support President Uhuru Kenyatta for two terms and asked people from Central region to back a Ruto and Kindiki ticket in 2022. “We are requesting our brothers from Central to support us since we know Kindiki is capable of becoming the next deputy president,” he said at a recent public rally in Chuka. Maara MP Kareke Mbiuki has also declared his support for Kithure, saying the Jubilee coalition is preparing the young politician for the top seat. “I want to tell our people not to worry when they do not see Kindiki in Tharaka Nithi because we want him to go to every corner of this nation so that Kenyans can know him well before 2022,” he said. He said the larger Meru region had been supporting former governments and therefore it is time for the region to produce a national leader. Campaigns Legislators Muthomi Njuki (Chuka/Igambang’ombe), Mpuru Aburi (Tigania East) and Muriuki Njagagua (Mbeere North) have also been busy campaigning for Kindiki. They said Kindiki was an intelligent and wise leader who should be given an opportunity to lead Kenya. Elegeyo/Marakwet Senator Kipchumba Murkomen said Rift Valley was willing to support Kindiki and Ruto come 2022, since the former was the maker of Jubilee. Tharaka Nithi residents and leaders also said they will elevate their senator to a bigger seat so that those marginalised for decades can get a share in Government.
Deputy Governor Eliud Murithi reiterated that it was time for Tharaka people to rise and lead the nation. But this endorsement has raised political antagonism between Kindiki and Meru Senator Kiraitu Murungi who is widely regarded as leader of the larger Meru region. “I will be senator for two terms but when President Uhuru Kenyatta will leave his seat for Ruto, I will also leave mine and join national politics,” Kindiki said in a recent function in Tharaka. Meanwhile, The Standard has noted that most county functions in Tharaka Nithi have turned to be political rallies where politicians have expressed their ambitions for the 2017 polls.