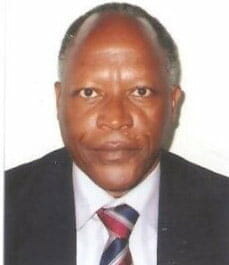 Caption : Disgraced Meru University VC Professor Magambo who backdated a letter to save a Colleague who had sexually harassed a student .

Backwardness, incompetence and drunkenness are the terms that can be used to catalog Meru University Vice Chancellor ”Professor” Magambo who is now in the spotlight for poor Leadership and ruling the University with an iron fist.

Former President Mwai Kibaki chartered many university colleges to leave a legacy without considering many factors. Many of these young universities lack basic facilities to be called Universities. This has led to a regular churning out of half-baked graduates as indicated by a recent world bank report.A national crisis if you ask employers who have been complaining that Kenyan universities are churning out engineers who only know how stuff works but cannot make stuff .  Many of these young universities are not professionally run. In a nutshell, there is immeasurable rot.

This is something our media should have raised but the likes of Linus Kaikai are busy playing golf while Wachira Warururu steals ideas from Kenyans. Kenyans can no longer depend on the media. The media poseurs would rather invite socialites instead of promoting meaningful discourse.

Many of these young universities are not professionally run. In a nutshell, there is immense tribalism, Impunity and negligence that keeps putting many of them in the spotlight. A few days ago, This site exposed how Meru University  leadership doesn’t take academic issues seriously . That was just a tip of the gigantic iceberg

Meru University VC backdated a letter to save colleague who had sexually harassed a student. In fact, the senior officer had a record of sexually harassing students, the VC knew all this but because of impunity that is the order of the day in Kenya, all was new to him.

It is only after students protested that the VC backdated a letter to show that he had fired him days before the strike. ” There were intentions to cover up for  the officer .The university leadership never reported the issue to authorities, the named officer had harassed the students for many years ” Says a member of staff who is tired with Meru University’s poor leadership.

There needs to be a complete overhaul of Meru University Leadership for everything to spin smoothly. Many cases of petty suspensions and expulsions need to be probed too. The vice chancellor and DVC – Who have married from the same family( Blood sisters )  are dangerous Academic crooks and a shame to the world of creativity .The handpicked backward Dean of Students must also be forced to explain how he became dean of students.

Moving  forward, It seems all the former principals of recently elevated University colleges dont know how to run the institutions . We petition the ministry to vet all of them to stop the rot and impunity that is the order of the day.

For Kenya to develop socially, politically and economically, Our Universities must allow and nurture freedom of expression. Student leaders must also fight for the oppressed students . Academic negligence just like one witnessed in Meru Universities must be condemned without fear or favor.

As we wait for Fred Matiangi to  probe all issues raised and take a stern action on Meru University leadership, We urge all Kenyans to  come together as we mend our destiny as a country . Maybe you want to ask me why Magambo is still the Meru University VC But I am the wrong person to be asked that question…..Ask Matiangi …

Have a great day …Wont you ?