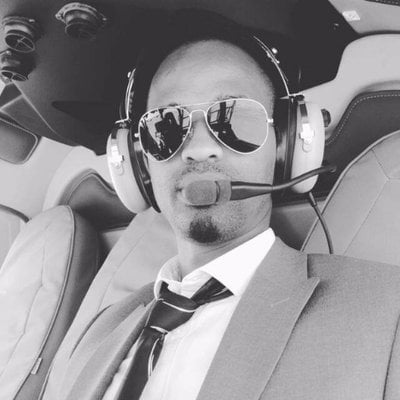 How good is life for an ordinary Tanzanian?

Could our neighbours down south be doing better than us back here in Kenya, the once fastest rising East African nation?

For the better part of Wednesday afternoon, netizens from both nations strongly debated this topic on social media.

While this is not the first (and certainly not the last) time this conversation is being held, the latest discourse surrounding this controversial matter was sparked by a sensational Twitter thread by a tweep named Kamau Wa Wangari.

In his series of tweets published on Wednesday, April 27th, Mr Kamau claimed that based on his own personal experience, he fears that the Tanzanian economy might soon surpass that of Kenya which has greatly been lagging behind.

Recalling a past argument with outspoken economist David Ndii in which the Oxford University scholar shared similar remarks, Mr Kamau admitted to having been wrong in arguing that the Tanzanians could never get to our level.

This is after his mind was completely blown when he recently paid the country a visit and realized that while Kenya has been choking on debt and extensive graft, our neighbours have been making major economic strides that risk dwarfing ours soon.

A few years ago I had an argument with @DavidNdii , saying that the Tanzanian economy wouldn’t surpass ours. Then I went to Tanzania, and would like to apologize to Ndii. From the airport, while we are still using tents, Tanzania has new terminals. Infrastructure wise 1/4

“A few years ago I had an argument with David Ndii, saying that the Tanzanian economy wouldn’t surpass ours.

Then I went to Tanzania and would like to apologize to Ndii.

From the airport, while we are still using tents, Tanzania has new terminals.

Infrastructure wise, Tanzania is heading up, while we head down.

Zanzibar is spotless, with no garbage anywhere.

Mombasa and Lamu look like a dumpsite, with smelly trash everywhere.

In Tanzania, everyone is positive about the trajectory of their country.

Here we are barely holding on.

Kenya is a has been.

Rwanda has a new terminal, Ethiopia building a new airport, Tanzania has new terminals, and Uganda has an airport on the way.

We are back to foreign currency controls, chocking on debt, shovelling money to KQ, which has been eaten from the inside by parasites.

The future does not look bright.

We have wasted half a decade, reversed all gains made since Moi stepped down, fallen behind our neighbours, and choked ourselves with debt that will take decades to get out off.

It will take a massive undertaking to fix Kenya.

A very important part of my thread that people missed.

They are not hungry and depressed.

The development is inclusive and sustainable.” he opined in the viral thread.

From some of the comments we saw, a majority of Kenyans seemed to agree with his point of view.

And while some might also argue the only method for measuring the economy is the GDP, it is important to note that statistics might not always tell the full story.

For instance, the GDP of Switzerland is $750b.

So in the real sense, who is better off?

The thing is, statistics go to statisticians.

Sometimes the eye is the best judge of a country’s prosperity.

The question should always be when you take a very good look around, is there anything to smile about?

Do you feel the progress? Let us know in the comments section.

*Kindy note that this is not a professional economic analysis but simply opinions shared from social media.

You can follow the author of the thread, through this link.