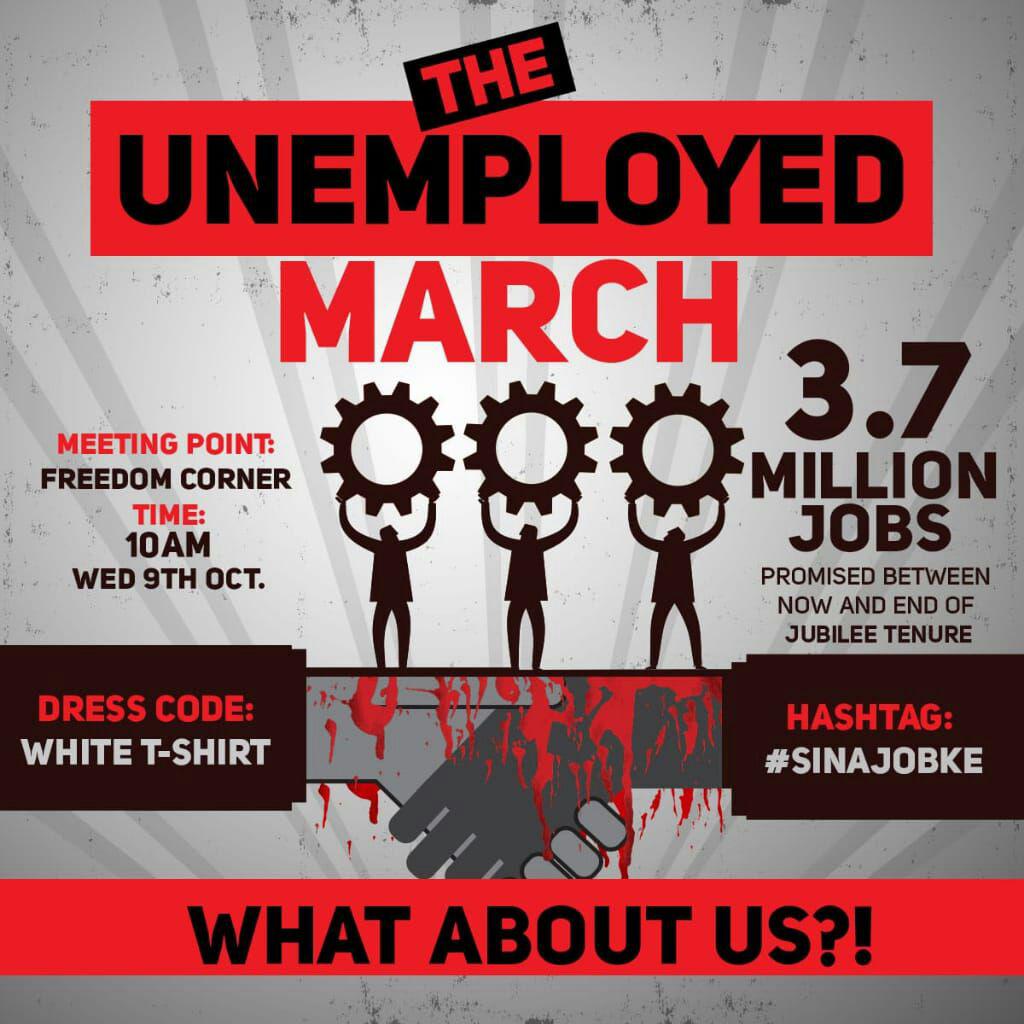 We have covered a lot of unemployment stories on this blog. The underemployment, slavery and mistreatment inside Kenyan companies mostly owned by Asians of Indian extraction is a sad state if affairs.

Kenyan youths, apart from suffering from unemployment, when they get one, they get a company that mistreats them through underpayment, crazy workloads.

President Uhuru Kenyatta on his part has been consistent in appointing old guards, some of whom worked with his father Jomo Kenyatta.

Change is not a comfort Zone

In order to change something, one must leave their comfort zone. This is always painful.

Kenyans have a knack for complaining but not taking action.

In the posts that i have written on the #UnemploymentCrisisInKenya and #SlaveryInKenya, the running thread has been that Kenyans are not using the provisions of Article 37 of the constitution.

Article 37 of the Constitution of Kenya provides for freedom of peaceful assembly and states that ‘every person has the right, peaceably and unarmed, to assemble, to demonstrate, to picket, and to present petitions to public authorities’.

We must not wallow in blame shifting and laziness. A country must be governed better and that requires the incessant input of the citizenry.

It is important to note that it is better to live on one feet and not die on ones knees, begging for crumbs from the Mois, Kenyattas and the likes.

With the new movement, the new push should not back down under any pressure.

The #SinaJobKE should grow and be something that can cause policy change in this country.

Unemployed youths and other Kenyans should not be seduced by the proposed Ksh3000 monthly stipend that has been proposed by the government though the amendment of the Employment Act and Social Assistance Act.

Other such directives i.e. Old people fund, Orphans and Vulnerable Children (OVC) and Hunger and Safety Net (HSN) funds have been pillaged by the banks and the people in government.

Some senior citizens have often complained that they have not received the money.

The families under the HSN have also been betrayed by the banks, most of their monies are stuck their.

Don’t accept this bullshit of Ksh3000, if the government doesn’t have any idea on how to create employment, they should resign and let other people lead.