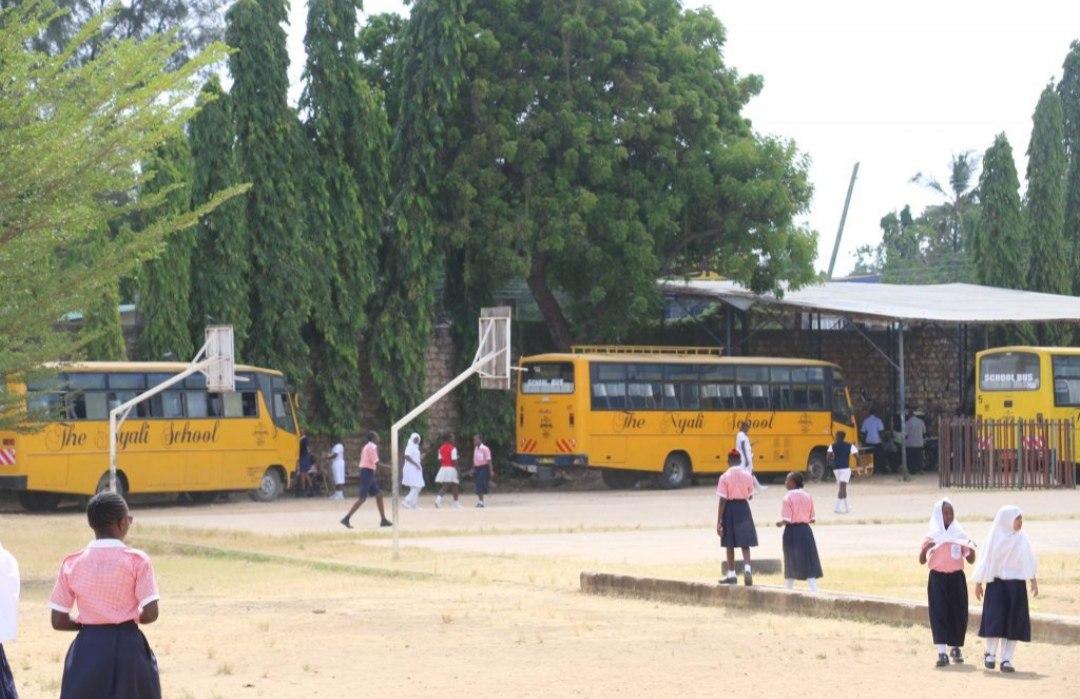 The Nyali School situated along the Links road in the county of Mombasa, has been known in the recent past for all financial scandals, corruption, nepotism, poor school management and even sexual harassment at some point. The former Principal Mr. John Kombo (aka JK) who was very corrupt and accused of all the dirty things in the school was pushed out of the school by parents after running out of contract. He has since settled in his Paramount School, a school that in many years he has been denying to have any association with it.

JK still however, enjoys authority at Nyali School using the executive board members who are still manipulated by him. The chairman who many parents consider as zombie and who JK boasts to have stolen Nyali resources together, still receives and implements orders from JK. The accountant who is a niece to the treasurer receives on daily basis instructions from JK on who and how much to pay. The treasurer (a shareholder of Paramount) has allowed JK to issue instructions to his niece. JK is still actively involved in all the procuring processes and still supplies water, school stationaries and spearhead all small repairs and services. Just recently, JK got a quotation from Associated motors but this time for a 33-seater bus that the board has proposed to buy. It is believed JK inflated the cost of the bus by 400K and has used his influence to have the figures aligned to get his 400K cut. JK still attends the board meetings virtually and is still in the WhatsApp group of the board members. Mzee bado anapiga macho shuleni ili apate kula hata yeye.

After the exit of JK, the executive board members quickly wanted to replace him with a fellow JK’s tribesman, this time in the name of Mr. Howard Omukami. Mr. Howard is an Educationist reject who has been chased in many institutions including Aga Khan Kenya – Mombasa and Technical University of Mombasa for lack of professionalism and discipline. The man was secretly interviewed at Paramount for the Nyali Principal and was scheduled to join the school in July with a gross salary of 450K. Parents raised concern on the process but were shut off by the executive and specifically the treasurer. In one board meeting, where the recruitment matter was discussed plus also a case where the store keeper was accused of stealing food stuff from the school store, the discussions brought lot of heat and at one point the treasurer physically fought with one board member who is a critic to the corrupt practices. The critic board member was fed-up with hypocrisy of the other members. The treasurer and all other board members were defending the the thief (storekeeper) and were behind Mr. Howard for the position of the principal. 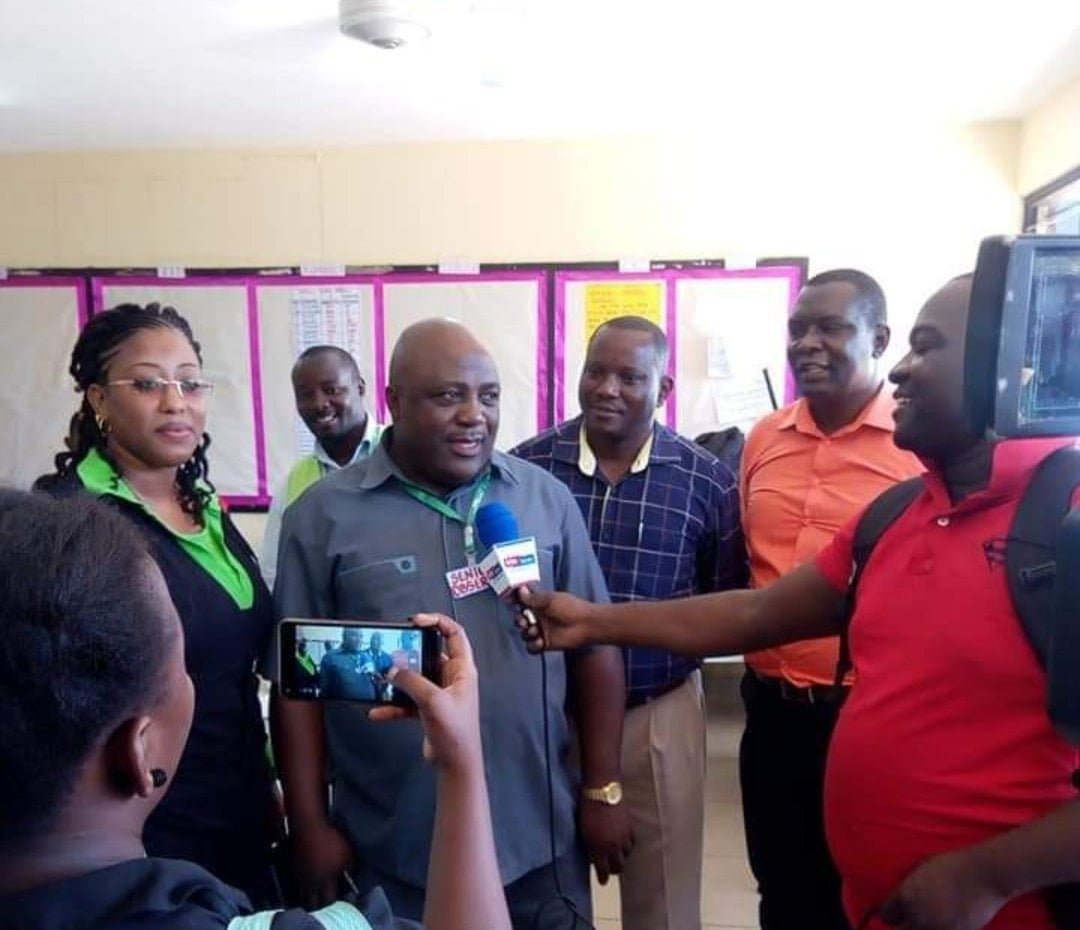 The board has also been seen over many years misusing funds and approving huge projects where they easily siphon money. Recently, the junior Secondary school, the 33-bus seater and at one point the parents heard that the treasurer has deceived the board and took away 10 Million to go and campaign for his brother to retain his Bungoma Gubernatorial seat. The treasure had deceived the board that he is taking the money to a fixed deposit account to earn interests and got the approval of the board. What many parents do not understand is since when did the school turned to be a profit generating institution.

With all this, parents saw the only route to get a reprieve is the court and that’s when a section of parents (around 9 of them) rushed to High Court to seek its intervention. The parents are demanding that pending the determination of their petition the school board be stopped from recruiting the new principal and stopped from using the new illegally endorsed club constitution. Key to the amendment of the old constitution is section 30 (b) that permitted the School board to approve projects requiring up to only Ksh. 500,000 and below without the need of parent’s intervention. In the new Constitution, Section 33(b) the clause was changed and permitted the school board to approve projects up to 20 Million shillings without requiring a special General meeting and parents to approve it.  Many wonder what informed the board to change the figure from 500K to 20 Million.

Many saw this clause as the one that JK and the board has used over a period of six years to siphon millions of shillings without parent’s knowledge. Immediately the petition was received, blame games started with the mastermind JK distancing himself and even saying he is out of Nyali School. Worst, there are no records to show how the committee that was chosen to review the constitution in 2016 was conducting its business. It is said, the chair of the committee for the review of the constitution has also refused to accept that they reviewed the figure from 500K to 20 Million. The chair of the review committee claims that the 20 Million may have been inserted by JK who used it to fleece the school millions of shillings. JK also is believed to have destroyed all the records of the review committee prior to his forced exit from Nyali School. As it stands, a looming criminal case is on the horizon as parents plan to involve DCI in the matter. The parents will demand that all the projects above 500K (approved without parents approval) be scrutinized and that the board members surcharged as per the club constitution.

With the petition awaiting hearing and determination before Hon. Lady Justice O.A. Sewe, the school board can now NOT spend on any capital projects that will require 500K and above. This petition will affect the Junior secondary school project, the 33-seater bus, a temporary laboratory for the Junior Secondary School and many other projects that the board was planning to use to steal from the school accounts. Any attempt by the board to go against this temporary order might see the likes of all the executive board members, the accountant and even the acting Principal risking to go to jail on contempt of court. The parents have planted their intelligence gathering and are watching very close the school transactions and spending.

JK and the treasurer have completely destroyed the school and turned it into their property & money minting institution. Despite his exit, JK still spear head many projects and buying for Nyali School. He constantly instructs the accountant on how to pay and release funds. Many see the accountant (niece to the treasurer) as threat to the school resources and many now want the accountant to be immediately sacked before the school loses more funds. As of now, the attempt by JK and treasurer to bring in their fellow tribesman has hit a dead end. They too can no longer propose huge projects to get a means of stealing.

Many want the school board to quit and allow fresh start to Nyali School. But the bunch of thieves have refused to quit as it is their daily source of funds illegally and easily acquired. The parents have promised to now continue use the courts and ensure that school resources are protected. More court orders are bound to come.