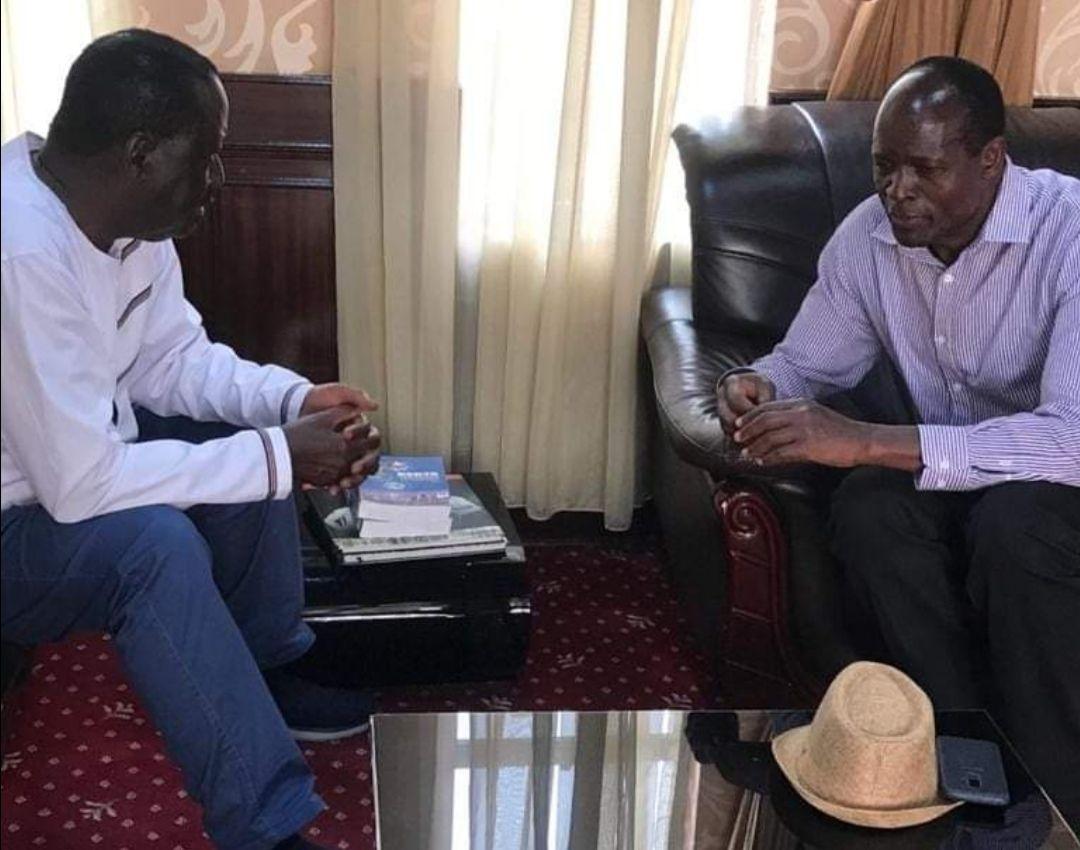 Migori county Governor Zachary Okoth Obado on Saturday sought audience with Former Prime Minister Raila Odinga over his EACC woes and the death of Sharon Otieno, we can authoritatively confirm.

The Migori county boss hurriedly left Nairobi for Kitui to have the ears of the ODM chief who was set to fly out of the country the following day.

Obado who is known for his cunning and down-to-earth lifestyle in public, and flashy lifestyle in private had to board the available chopper purposefully to meet Raila ahead of the BBI meeting in Kitui.

Obado has been facing the wrath of state after his attempted opposition to Raila Odinga who is apparently the Luo kingpin. His woes began when he publicly opposed Raila’s choice of former Minister and Rongo MP Ochilo Ayako to be the Migori county senator after Senator Ben Oluoch Okello succumbed to cancer.

Then the mysterious death of Sharon Otieno where Governor Obado’s phone was located at the scene of occurence. This saw him arrested and spend many days at industrial area police station before he was granted a Sh5 million cash bail.

While that was happening, the EACC was on his kneck over theft of county funds meant for development. This culminated in freezing of accounts belonging to him and his proxies.

It was in that period that EACC also learnt that he built his sh100 million home, sent Sh1.9 million to his daughter Susan at the University of Aberdeen in December 2014 through Mr Kwaga, sent another Sh12.2 million to his son Dan Achola Okoth who was then doing his masters in Sydney, Australia in 2016, sent Sh2.2 million to his county secretary, Rusana’s, bank account. The total amount he is accused of embezzling between 2013-2017 is sh2.5 billion.

Recently Odinga said he is worth about 2 billion in shares and properties in his over 50yrs in public service while Obado, a single person is accused of embezzling more than that in less than 7yrs in office.

It’s after those accusations that Governor Obado burnt down the building used as storage of files that were required by EACC to destroy evidence that would have completed the Sh2.5 billion puzzle.

Mr Obado allegedly used new registered companies by his relatives and close allies namely Jared Oluoch Kwaga, Christine Ochola, Ms Carolyne Ochola, Mr Joram Otieno, Patroba Otieno, Penina Otago and Robert Okeyo to siphon Sh2 billion from the coffers of the county government. That within three years, the 16 companies that were registered between 2014- 2016 had transacted Sh1, 971,179,180 deals exclusively from the county government, which was glaringly disproportionate to their known legitimate sources of income. 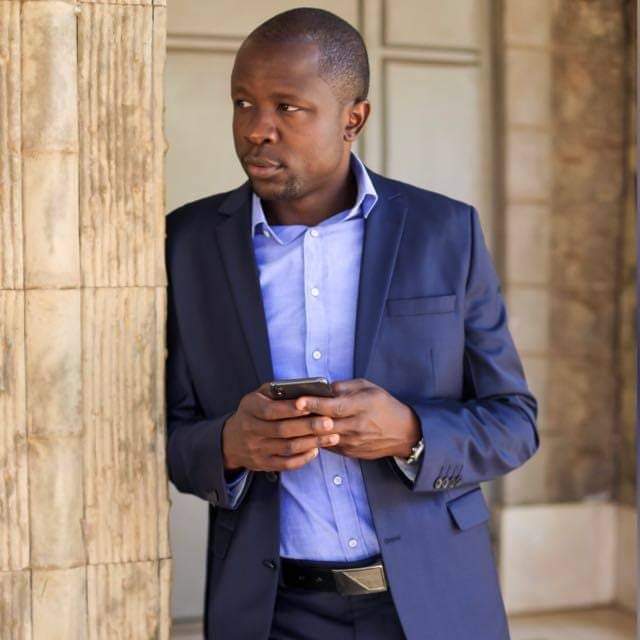 Obado whose firstborn son Dan Achola Okoth alias Dan Totto has taken after his traits of climbing women anyhow.  A randy and murderous family where the son is also the head of goons who maim people opposed to his father’s vile leadership.

It’s said that he has been sharing damsels with his father Obado who is equally having high appetite for young ladies.

During the hearing of his father’s case over Sharon Otieno’s murder, Dan had to secretly run out of court for fear of being arrested over money laundering.

Dan who love expensive cars had to marry in Uganda with no public wedding for fear that the many ladies he has been fucking all over like his father would show up in his wedding simply to demand a piece of him.

A lady known as Lorraine whom he began dating awhile back and had been introduced to part of his family as the potential Governor’s in-law was heard telling her friends that he will not forgive ‘Toto’ (Toto).

“Lorraine started dating Dan when she was still a university student. She would board KQ whenever Dan was around” a little bird in their circle was heard saying. 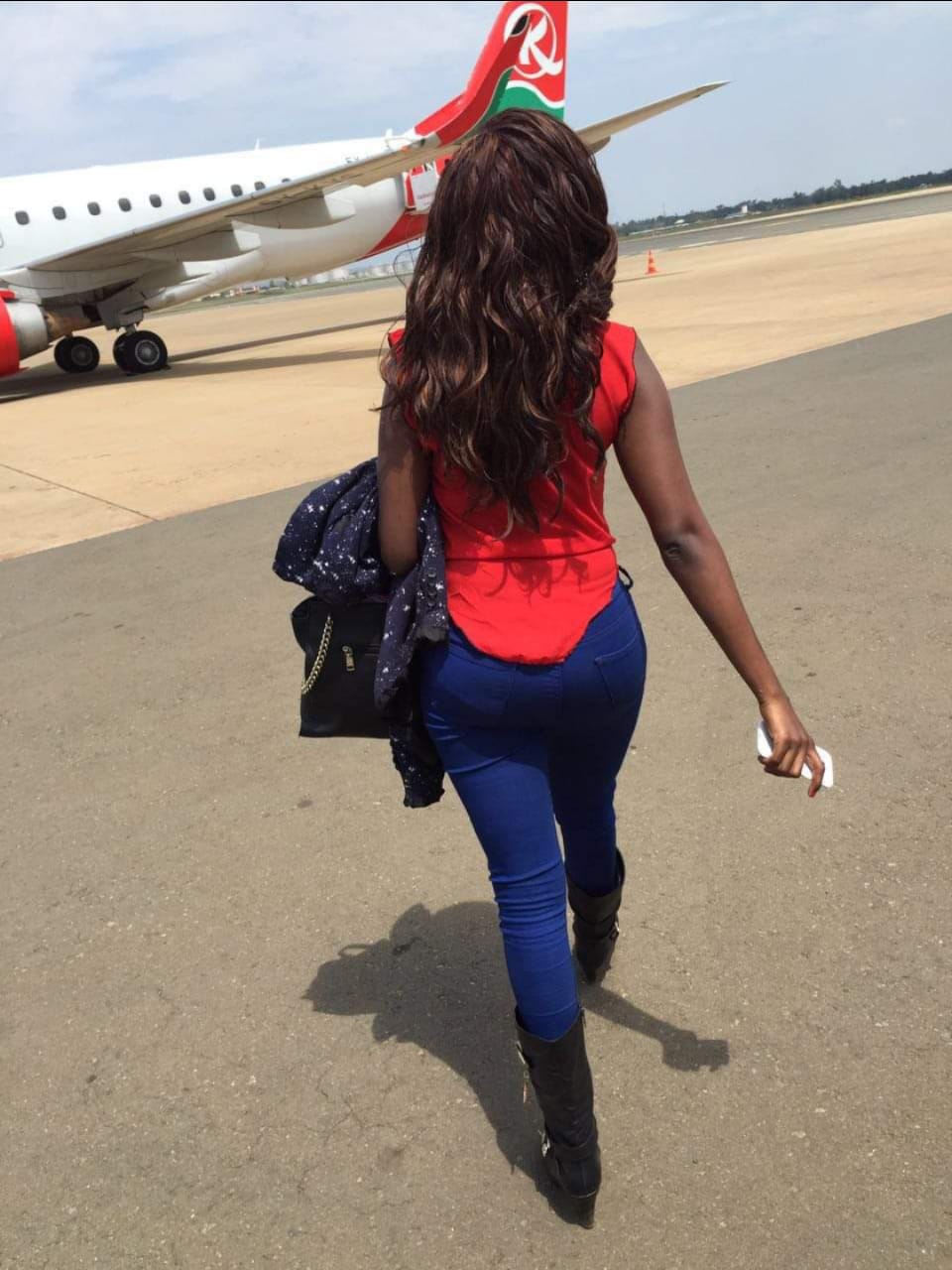 Dan is still seeing Lorraine whenever he lands in Nairobi despite the fact that he is a married man now.

Lorraine was recently appointed as financial advisor to Cytonn Investment PLC, thanks to her round buttocks and bedroom skills to the son of Governor.

Dan is being nurtured to take up leadership after the retirement of his father. He is currently involved in various activities within Uriri Subcounty and Migori county at large.

The alumni of University of Nairobi, Civil Engineering department was recently made the County Mining Officer to protect the vast wealth of his father in Nyatike. Obado is a gold mining cartel who has employed Chinese company to extract gold under his protection. This business fetch him millions of shillings per day.

He is said to have recently pulled down photos of him in his Black V8 land cruiser for fear of Asset Recovery Agency (ARA) would come for it.

However, Cnyakundi.com has learnt that time is up as DCI detectives are currently trailing him for money laundering and corruption.

Whenever there is gold mines tragedy moreso Macalder, he would shed crocodile tears but deep inside him, he would be laughing.

But despite all these wealth, the former teacher has no peace of mind over the death of Sharon Otieno. He fears he might be arrested again and jailed for very many years.

His wife Helen is also another headache in the house as she keeps on reminding him the regrettable ordeal where Sharon Otieno whose kid would now be fully grown was killed.

Helen wants the case of Sharon to end so that she could put her acts together. The general public always reminds them on social media the death of Sharon.

A source was heard saying that Helen still locks herself in a private room to cry to her God to forgive her family and let her husband off the hook.

This could have triggered Obado to seek a private audience with Raila Odinga with an intention to have Raila plead with President Uhuru Kenyatta while away in the USA to have mercies over him.

President Uhuru Kenyatta and Raila Odinga left the country for US to attend the country’s 68th national prayer breakfast meeting slated for February 5 and 6, 2020.

The prayer breakfast, whose theme is “Reconciliation, Faith and Peace Building”, has been organised by the Fellowship Foundation in Washington, DC and will bring together over 2,000 international guests including political and business leaders, the US Congress, diplomats and religious leaders.

The two were invited to speak at an international luncheon ahead of the prayer breakfast.

Obado fears that his cases may see him out of office before the end of his term, something he is not ready for as that will be the end of him. This has forced him to abandon the Deputy President William Ruto’s camp that he had identified with immediately he left industrial area.

Obado had identified with DP Ruto after his predicament in prison where in several cases his new mattress and beddings were secretly taken away by people who were believed to be taking directives from Suna East MP Mohamed Junet.

Today, he is amongst the choirmasters of BBI report, something he never believed in initially.

It is rumoured that Gov Obado is willing to part with millions of money to have himself and his son off the hook.