The supreme court ordered a repeat of the same, but before that, a drunk Kenyatta, scratching his butts before a multitude of Jubilee supports and in full glare if the TVs stated the now infamous words, “we shall revisit’

The president before these words had castigated CJ Maraga and his judges, calling them ‘wakoras’ or crooks.

In the age of the truce between the opposition party Orange Democratic Movement (ODM) and Jubilee that culminated to a ‘handshake’ and the Building Bridges Initiative (BBI), President Uhuru Kenyatta remains the only impediment to the realization of a new Kenya.

The President seems to have ‘revisited’ the Judiciary, going by the budget cuts and the recent refusal to gazette 41 judges picked by Judicial Service Commission (JSC).

The president, through an affidavit, argues that he has received adverse information on some of them and therefore cannot approve their appointment. The president is even prepared to go to court if the names of the 41 judges is not reviewed.

The President received adverse reports in respect to some of the persons recommended for appointments as judges after the names of the said judges were published in the media. The President believes that the Judicial Service Commission ought to have considered the information while arriving its recommendation,” the reply reads.

“It would be irresponsible and contrary to the oath of office for the President to appoint judges, or indeed any other public or State officers to office, where serious questions have been raised about their integrity- more so judges who enjoy security of tenure and whose probity and integrity should be above reproach,” it adds.

After threatening the Judiciary in that dreadful September 2017, it is hard for Kenyans to believe that the lack of approving the 41 judges is done with a goodwill for the country.

For all this, it appears that Judges seem to have downed tools after reading mischief from the executive.

An array of letters posted online shows that a number of important judicial sittings have been postponed and Kenyans read this as a ‘revisiting’ the judiciary.

Many courts will close by December. I hear the Court of Appeal will shrink by 70% by December…even KANU had a better understanding than JUBILEE on the need to have a functional Judiciary @StateHouseKenya @WilliamsRuto @dkmaraga @Paul_Muite pic.twitter.com/vZNylnC0M0 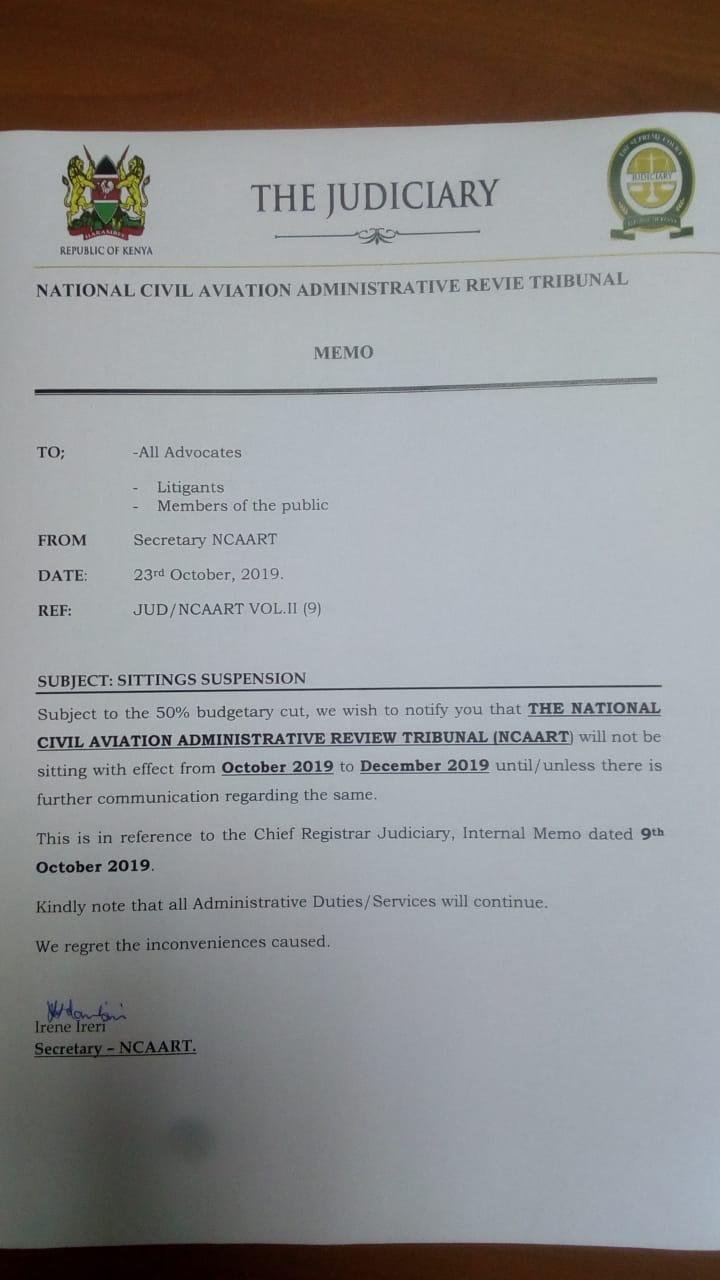 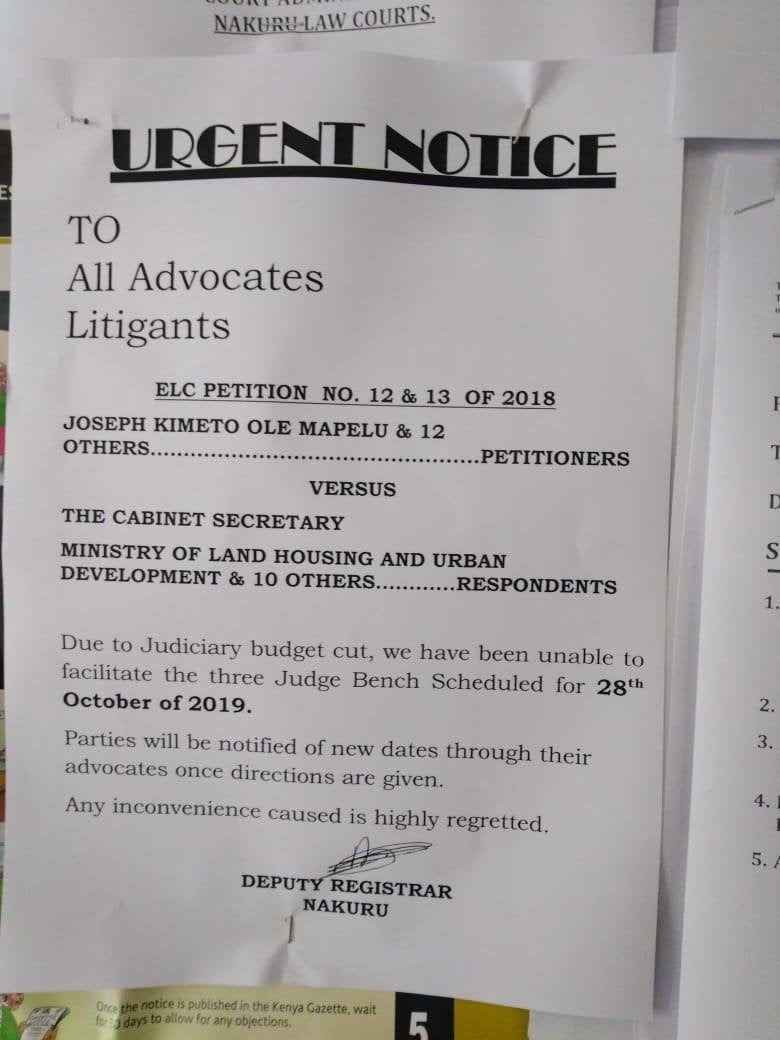 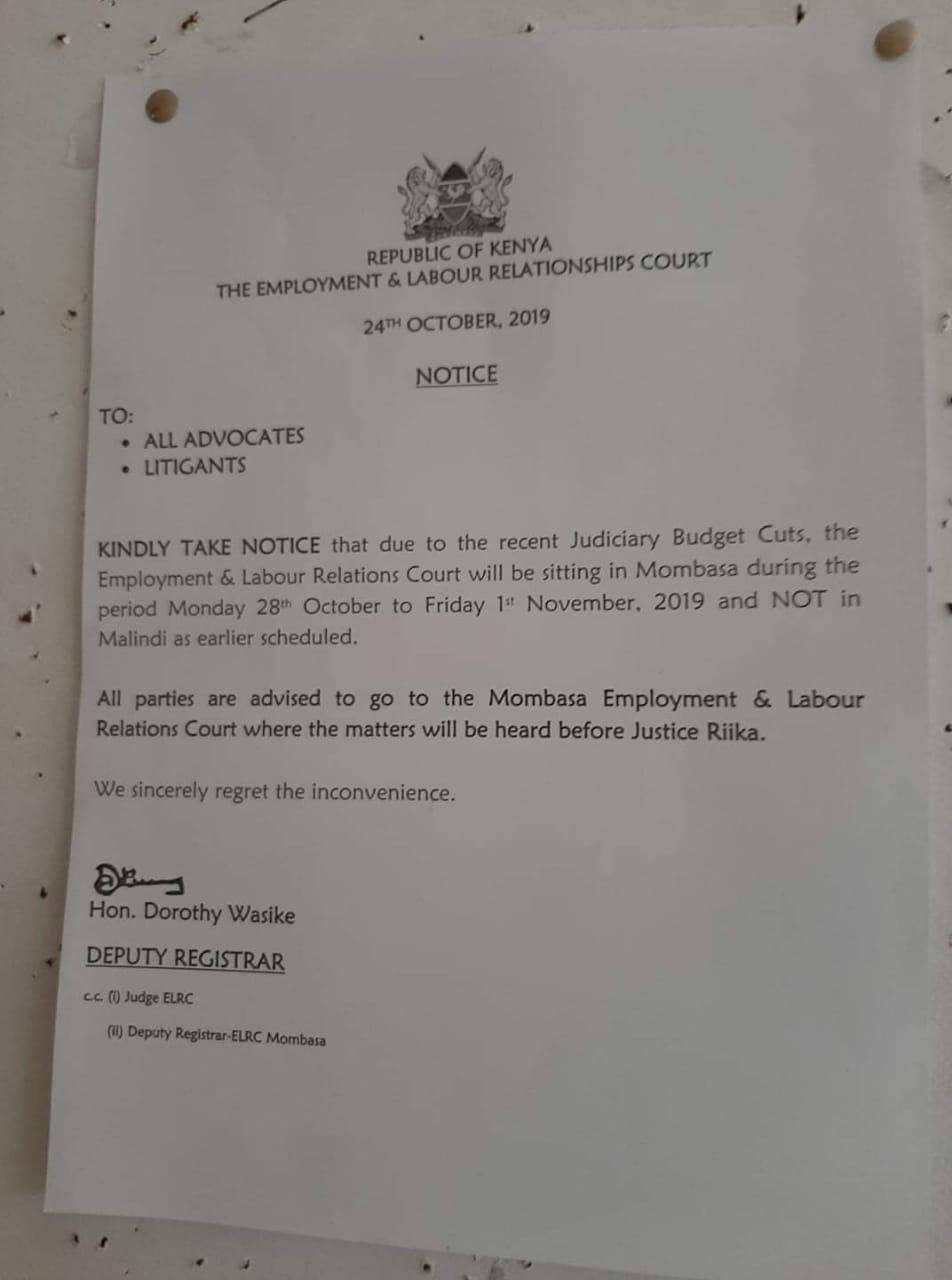