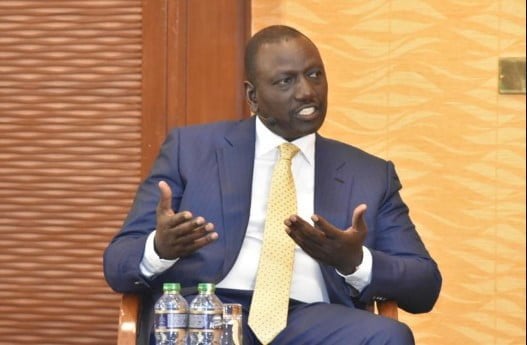 The choice for Kenyans at the ballot in August is clear – Does Kenya want to go the Sri Lanka way by giving power to another dynast Raila Odinga or do they want to vote for DP Ruto who would increase their per-capita income, reduce borrowings, implement policies that focus on attaining self-sufficiency and bring Kenya and Kenyans out of the debt trap we are encircled with? The choice seems to be clear.

Kenya’s expenditure on loan repayments has crossed the Sh1 trillion mark in this financial year.

This is after the Parliamentary Budget Office (PBO) advised the National Treasury to reschedule payments of domestic debts to ease the burden on taxpayers.

The current regime, led by President Uhuru Kenyatta, recklessly borrowed from China to fund mega projects including roads and the Standard Gauge Railway (SGR) whose cost was inflated. 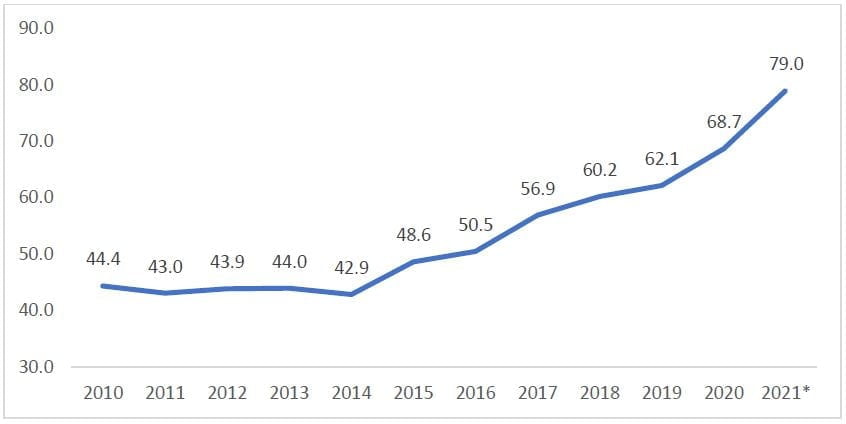 According to PBO estimates, debt servicing costs will now stand at Sh1.36 trillion (10% of the country’s Gross Domestic Product (GDP) in the 2022/23 financial year, which is a 77% growth from the Sh765.9 billion spent by the government in servicing loans in 2020.

The accumulation of Chinese debt has caused anxiety among Kenyans as experts warn that the country is headed in the wrong direction that countries like Sri Lanka have found themselves in.

Kenyatta’s second term in which he works closely with his handshake brother Raila Odinga has overseen the loans increase by trillions of shillings in four years, but repayment terms are not made public.

Chinese loans funded the standard gauge railway (SGR), whose commercial viability has been the subject of intense scrutiny.

Nobody knows whether it’s making profits or losses.

Kenya now finds itself in the same position that Sri Lanka is after excessively relying on Chinese loans.

The current Sri Lanka economic crisis is attributed to Chinese-funded projects that stand as neglected monuments to government extravagance.

This is in absolute co-relation with what has been happening in Kenya.

The borrowings have mostly been made to plug the grossly inflated costs of infrastructural projects like the SGR and Nairobi expressway projects.

The Island nation is in its worst financial crisis since independence from Britain in 1948, with months of power outages and acute shortages of food and fuel.

We have seen a similar crisis already unfolding in Kenya with regard to the unavailability of milk, grossly inflated prices of bread, maize flour, and other daily essentials with the rate of unemployment on a consistent and dangerous rise.

The shortage and unavailability of fuel was another reminder of what is happening in Sri Lanka and Kenya’s movement in the same direction.

In September 2021, President Kenyatta declared famine a national disaster after 3 million people were found to be on the brink of dying from starvation due to prolonged drought and the situation is deteriorating.

The effects of the depleted economy are affecting businesses with foreign investors now shifting the Kenyan market to other nations.

Nairobi Securities Exchange reported a Sh294 billion loss in a month which is attributed to a sell-off by foreigners that has pulled down the value of the bourse to a 20-month-low despite profit and boom in dividends.

Safaricom, which is Kenya’s most profitable firm accounted for 71.4% or Sh210 billion of the paper loss, underlining its dominance that is discouraging other investors from gauging the performance of the bourse.

The telco, together with East Africa Breweries Limited (EABL), Cooperative Bank, Equity, and KCB Group led in shedding value in the wake of the sell-off.

Such established stocks are mostly preferred by foreign investors who are selling shares at the NSE, pushing the value of the stocks to levels witnessed last in October 2020 when movements were restricted to stem the spread of Covid-19.

The report comes after NSE found itself in a crisis attributed to the scarcity of US dollars in the forex market barely a month ago and the move by the blue-chip stocks can make the situation worse.

Depletion of foreign currencies may have negative effects on foreign investors who account for more than 50% of daily trading activities at the bourse.

All there are attributed to poor government policies that do not ensure a conducive environment for businesses to thrive and economy to stabilize.

But in Sri Lanka which is more like Kenya, the citizens mounted pressure on the incompetent President Gotabaya Rajapaksa and his brother Prime Minister Mahinda Rajapaksa to vacate power after months of protests.

The commonality between Kenya and Sri Lanka couldn’t be clearer – Dynasts ruined both countries and remember Raila Odinga – a dynast has pledged to follow the legacy and footsteps of increasing borrowings and external debt.

Kenyans are heading to the polls on August 9 and a presidential contender with a relevant manifesto is expected to ascend to the presidency.

Dynasty members who are hellbent to cling on power are pushing for Odinga’s presidency to maintain the status quo despite the country’s urge for leadership change.

Odinga’s presidency will bring no change but a continuation of Kenyatta’s disastrous tenure, which has plunged the country into the current economic mess.

The man to beat remains Deputy President Dr. William Ruto, who is pushing the bottom-up economic model as his key campaign message to rescue Kenya from the current economic mess.

DP Ruto’s bottom-up concept targets to promote investments of ordinary Kenyans and empower them financially for the country to generate taxes to spur the economy.

The blueprint will also uplift up to 15 million Kenyan youth who are currently jobless.

Should these levels of borrowing continue, it is inevitable to have a debt-triggered an economic collapse.

A debt-triggered economic collapse starts with a default on loans.

And the first step towards it has begun with the handshake Government of Uhuru – Raila defaulting on repayment of loans for the construction of Arror, Kimwarer and Itare dams as reported by the Auditor General Nancy Gathungu.

The report for the year ended June 30, 2021 states a review of records held by the National Treasury’s Commonwealth Secretariat Debt Recording and Management System revealed that the Government had defaulted on servicing Ksh5.1 billion for three loans for the dams advanced by an international commercial bank.

If we go by the public statements by both Presidential Candidates – Raila Odinga has promised to follow incumbent President Uhuru’s legacy of increased borrowings from external institutions, thus pushing Kenya into an unrecoverable debt trap like Sri Lanka; whereas DP Ruto’s economic ‘Bottom-Up’ economic model does the exact opposite, it focuses on employment generation, reducing the external borrowings, economic empowerment of the citizens so as to ensure they contribute to the economic growth and revenue of Kenya.

The choice for Kenyans at the ballot in August is clear – Does Kenya want to go the Sri Lanka way by giving power to another dynast Raila Odinga or do they want to vote for DP Ruto who would increase their per capita income and bring Kenya and Kenyans out of the debt trap we are encircled with?

The choice seems to be clear.