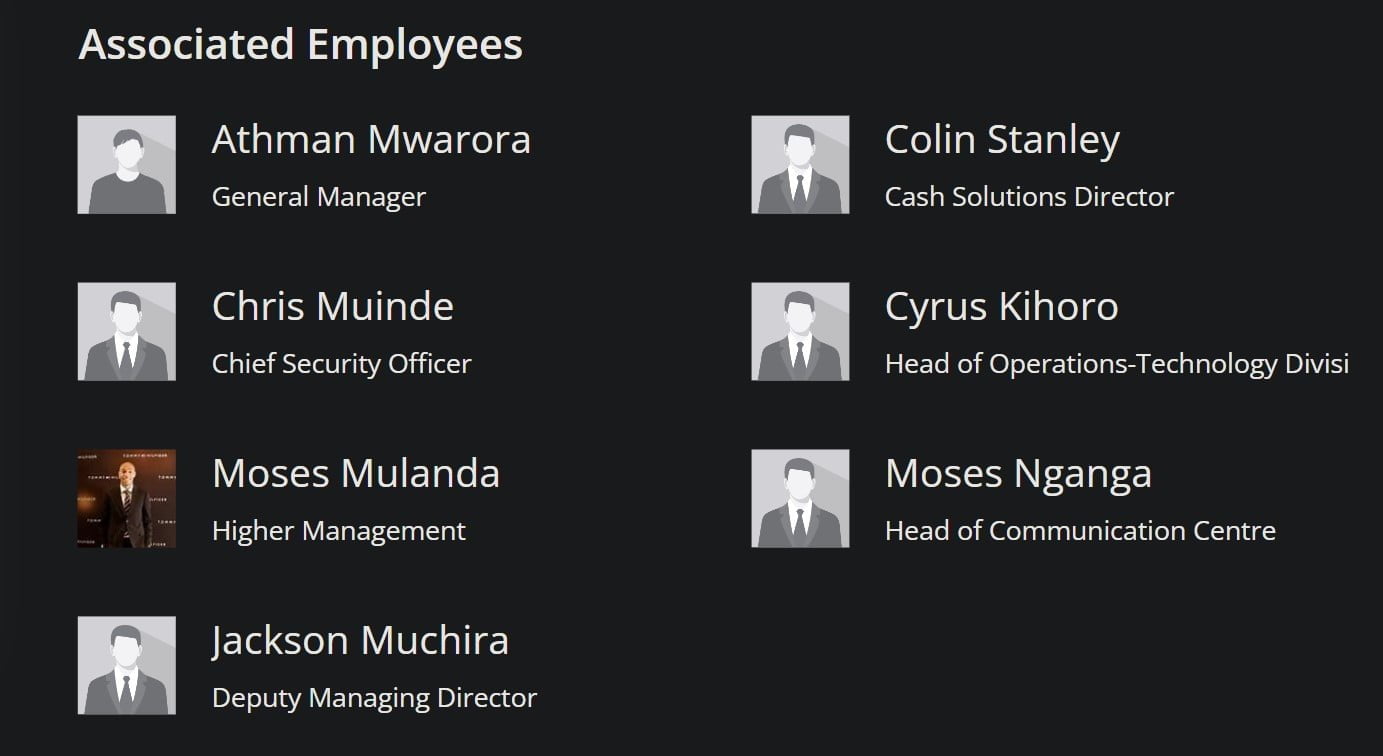 Over the last week, this blog has received numerous complaints from disgruntled workers who are struggling to get their employers to honor the state’s 12% minimum wage increase directive issued during this year’s labour day.

One of the first cases we highlighted was at Wells Fargo – a leading professional security services provider which has failed to implement the increment that was aimed at cushioning jobholders in the lower cadres against further erosion of their purchasing power.

The announcement by President Uhuru came at a time when inflation hit a seven-month high, mainly driven by soaring fuel and food prices, according to official figures.

Similarly, employees at multinational private security company G4S Kenya are also yet to benefit from the increase.

In an internal memo addressed to its “unionisable” staff on 24 May 2022, the company’s acting Human Resource Director Jane Munge claimed they would not affect the increment until the government officially gazetted the announcement.

This is contrary to the previous norm, where the workforce was remunerated immediately after any announcement on increments was made.

They further promised to pay off arrears for the full amount upon gazettement.

However, the workers later rudely found out that while the company was playing cat and mouse games with the sensitive matter, they had secretly drafted a fresh courier rate card review for its clients.

In a statement addressed to customers on Friday, May, 2, G4S Kenya Director of Secure Solutions Geoffrey M Mwove announced a 6% price increase.

Interestingly, one reason he gave for the hike was the announcement of the same 12% minimum wage increase they do not want to increase.

Please hide my identity and highlight the plight of G4S staff.

The company has refused to implement the minimum wage as directed by his excellency the president despite increasing the charges to clients for the services offered.

Attached here are some memos from the company. 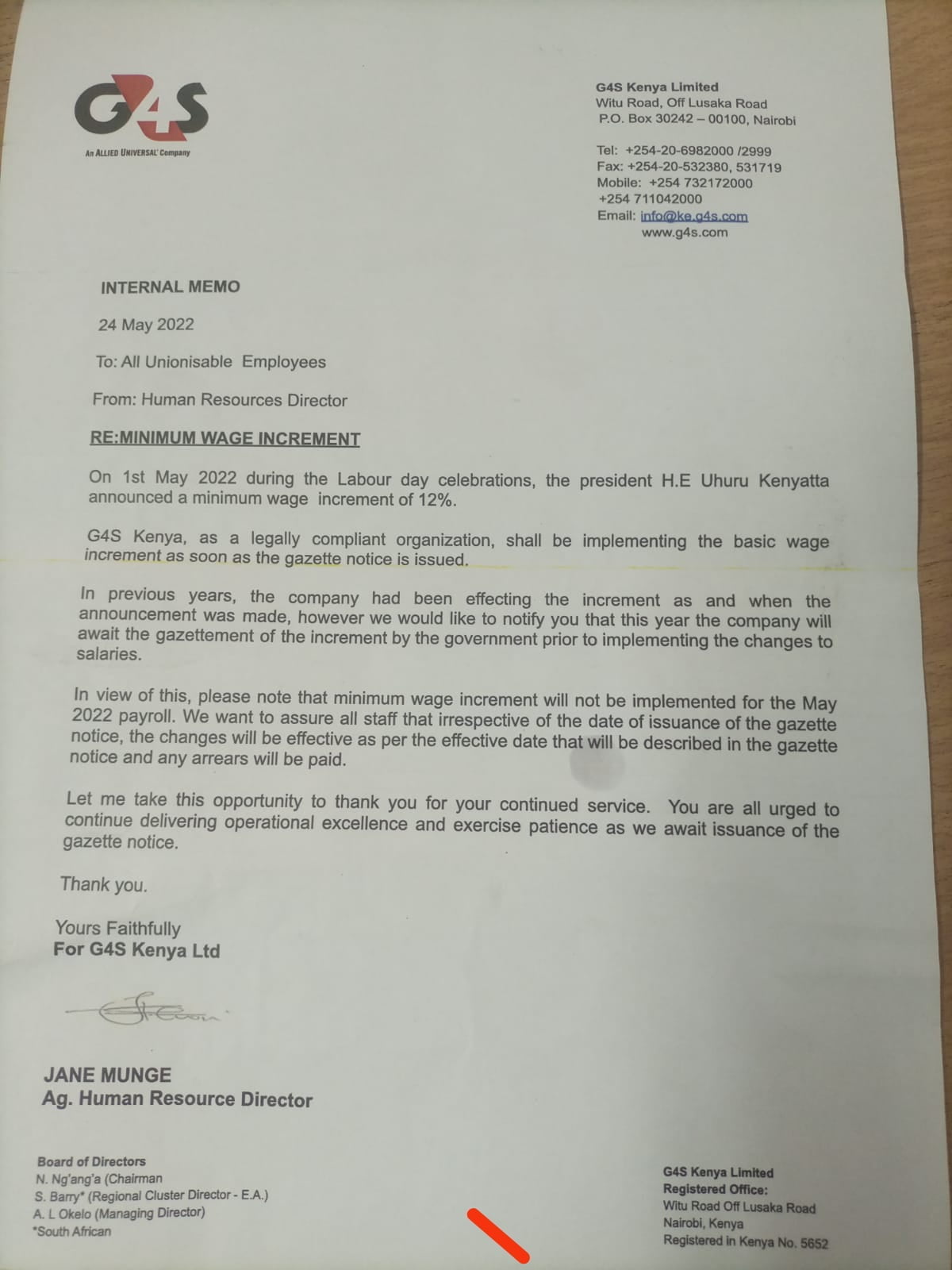 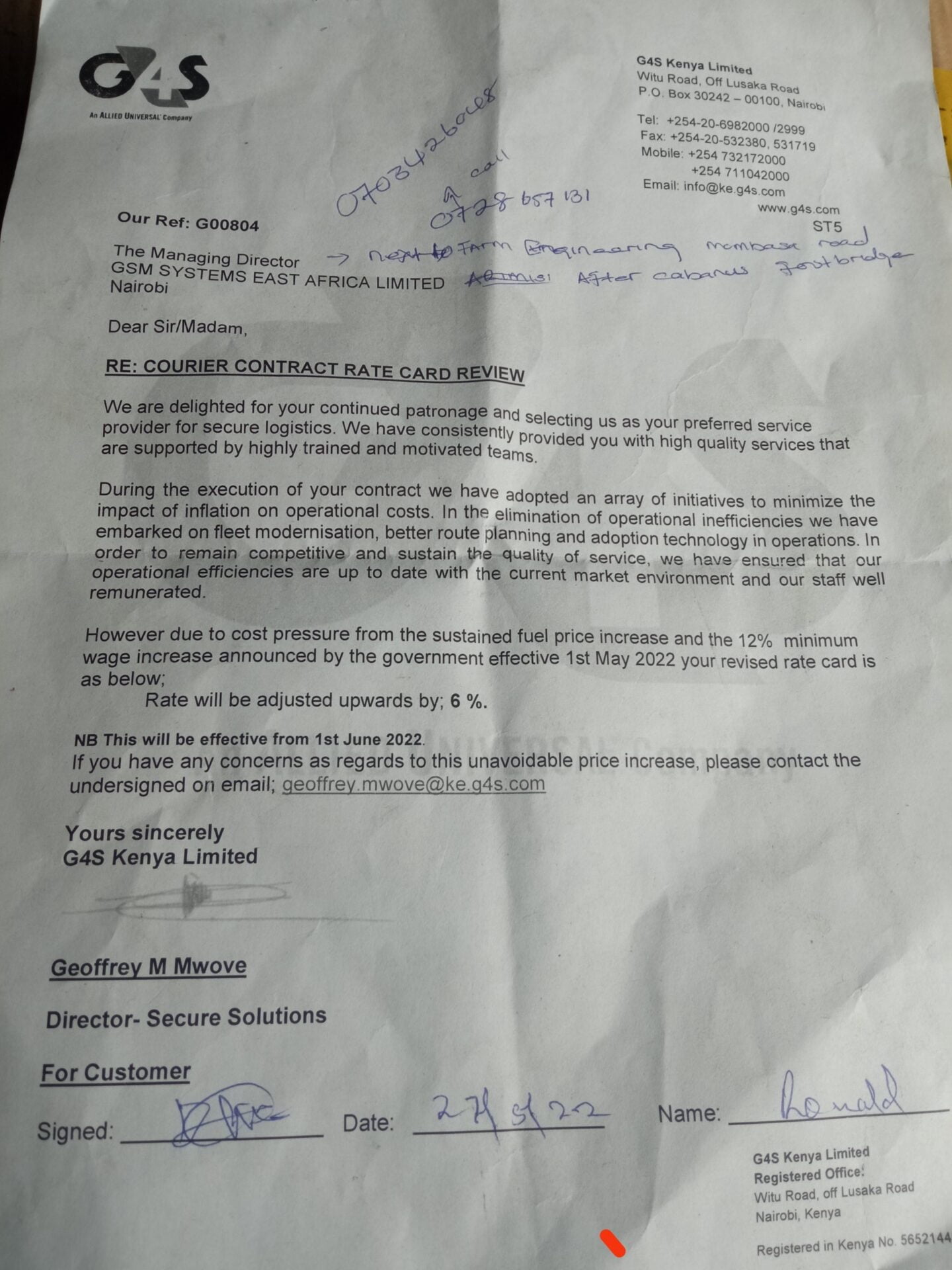