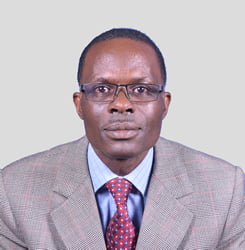 The Ethics and Anti-Corruption Commission (EACC) has been on an investigative over fake academic certificates.

EACC has put all civil servants under scrutiny due to cases and reports of forged academic certificates.

At the National Industrial Training Authority (NITA), the following have been found out and sacked.

Furthermore, NITA staff members, that are linked to those named above, have been interdicted over fake academic qualifications.

“Forgery of academic certificates has become prevalent in the public service. This is not only a crime but also a violation of Chapter 6 of the Constitution. EACC is investigating suspected public officials and will seek to recover salaries earned on fake academic qualifications”, EACC posted on their social media accounts on July 11th 2022.

Shake Up At NITA After Blogger Cyprian Nyakundi Exposé

They are required to refund all the salary earned or spend time in jail.

The two were staff of the Rural Electrification and Renewable Energy Corporation (REREC).

3. Pauline forged a Certificate in Procurement from Mount Kenya University (MKU) while Lilian forged both a Diploma and Certificate from the Kenya Institute of Management (KISM). They were employed at the Rural Electrification and Renewable Energy Corporation in 2018.