Diageo Inc, the British spirits company that owns the world’s famous whisky brand–Johnnie Walker has announced the development of a paper-based spirits bottle expected to debut early next year.

This is the latest example of a major drinks manufacturer attempting to move toward more sustainable forms of packaging.

Diageo said in a Monday press release that the paper bottle was developed as part of a partnership with venture management company Pilot Lite. The two launched Pulpex Limited, a sustainable packaging technology firm that is also working with other firms such as Unilever and PepsiCo on paper bottles.

“The bottle is made from sustainably sourced pulp to meet food-safe standards and will be fully recyclable in standard waste streams,” the firm, whose other brands include Guinness and Baileys Irish Cream, said.

According to statistics from the Department for Environment, Food & Rural Affairs, the U.K. generated 2.26 million metric tons of packaging waste from plastic in 2017, with only 46.2% of this either recovered or recycled.

In beverage packaging trends, the paper bottling is in fashion as brands seek to curb the use of plastics.

In November, Heineken U.K. said it would be getting rid of plastic from its multi-packs by 2021.

On other related news, in 2012, then a businessman now the 45th President of the United States of America President Donald Trump had branded coca-cola as “garbage”.

The Coca Cola company is not happy with me–that's okay, I'll still keep drinking that garbage. 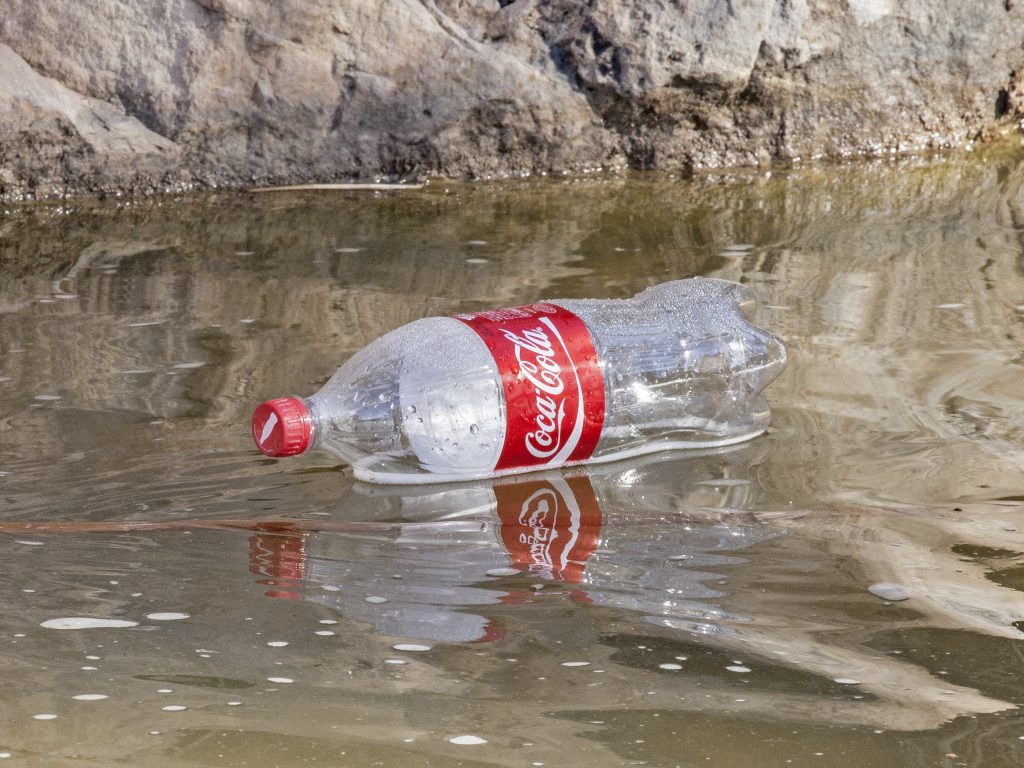 Coca–Cola is currently the biggest single-use plastic polluter in Africa – and the world. Currently, the firm produces around three million tonnes (approximately 3.3 million U.S. tons) of plastic packaging every year, according to BBC News.

Coca Cola produces 3 million tonnes of plastic packaging a year – equivalent to 200,000 bottles a minute. They say they can't change because customers wouldn't like it.

Despite its status as the world’s No. 1 corporate plastic polluter, Coca-Cola won’t be phasing out its single-use plastic bottles anytime soon.

The reason? Customers like them too much, the company’s head of sustainability Bea Perez told BBC News at the World Economic Forum in Davos. Perez said that customers value the bottles because they are lightweight and easily reseal, and argued that getting rid of them would hurt sales.

Instead, the company plans to focus on recycling. It has promised to recycle as many bottles as it uses by 2030, to use 50 percent recycled materials in packaging by that date and to work with nonprofits to better collect its waste.

“Business won’t be in business if we don’t accommodate consumers. So as we change our bottling infrastructure, move into recycling and innovate, we also have to show the consumer what the opportunities are. They will change with us,” Perez said.

However, environmental groups have argued that recycling is not the most effective solution to the plastic pollution crisis.

Post Views: 10,299 Move over, roses and chocolates, there’s a new romantic gesture in town and it’s all thanks to Kevin Mboya, a digital...

Post Views: 4,531 The gospel music industry has been sent into mourning after news broke of the sudden passing of musician Ilagosa wa Ilagosa....

Post Views: 3,249 We have taken interest in a court case where a former employee sued the pharmaceutical giant GlaxoSmithKline Kenya (GSK). The case...

Post Views: 2,681 A disgruntled staff member has made alarming revelations about the poor working conditions at Carrefour Hypermarket located at Two Rivers Mall...